While waiting for missing parts to arrive from model ship venders, I managed to build/mount all three masts.
Warning: For those who may order a Mantua/Panart HMS Victory 738 kit. I was missing 70 each 7mm single blocks, 11 each 7mm double blocks, the wrong size belaying pins. Pins were to short to extend below the belaying rack holders to tie ropes on each. Some may say you should have done and inventory of pieces supplied. Problem the kit they sell today is the same kit sold years ago and the instructions show pictures of stuff they don't even cover. All of the accessories were packaged in a hard plastic units that were mounted on a cardboard panel. You can't loose any pieces unless you open everything and loose track of the parts.
Unfortunately, you don't know what your missing until you get to that part of the build when those parts are needed. I've emailed the Mantua vender in the UK where I purchased the kit and and still haven't heard from them.... don't really expect to though. The issue is with the worldwide pandemic, lots of modelers are spending time on their models. I've noticed that a lot of suppliers are out of models and accessary parts with no date when they expect to be resupplied. I do have to say that Mantua/Panart's HMS Victory 738 has been a fun build, just a little irritated that parts were missing. 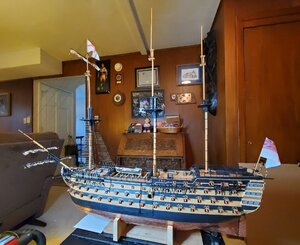 Taking a break on installing ratlines and continue to try my hand at furled sails using silkspan. 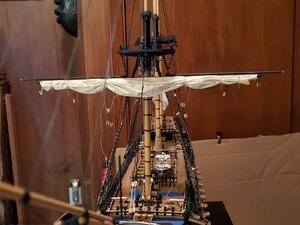 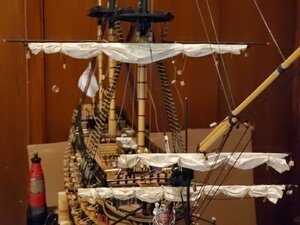 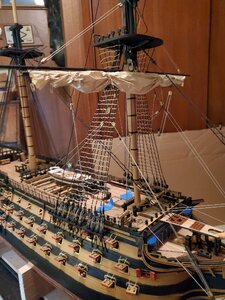 Moving right along with furling sails and adding the rigging on just the bowsprit and foremast. Moving to the mainmast tomorrow. 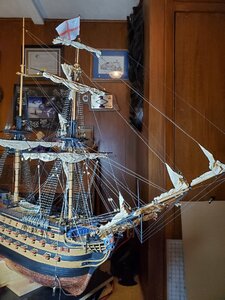 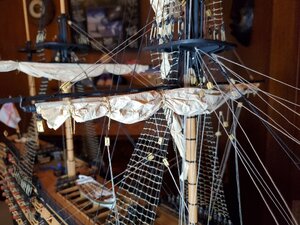 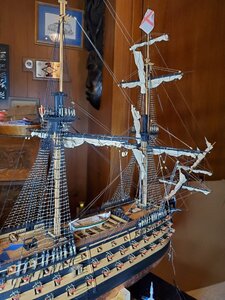 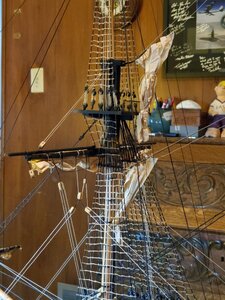 Completed the main mast this evening with exception of some of the lines temporarily omitted so as not to interfere with the detail work on the mizzen mast tomorrow. I'll add those lines when yards, sails, and lines are added. 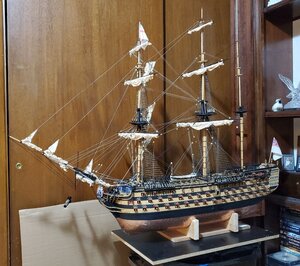 May I ask a favor. Would it be possible to post close up pictures of the sails. I would like to see details of how you did that job. Just a couple as example. No need to be all the sails.

And no worries if you can't. 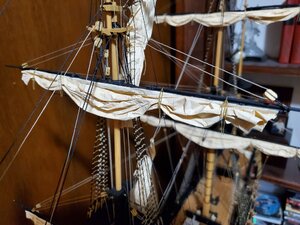 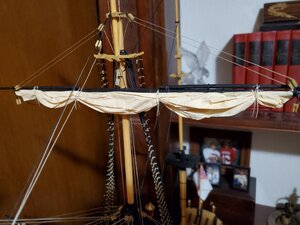 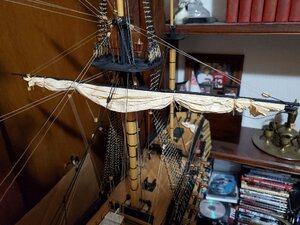 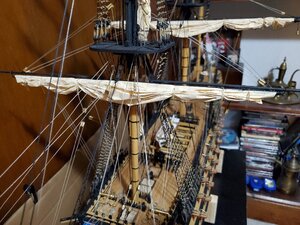 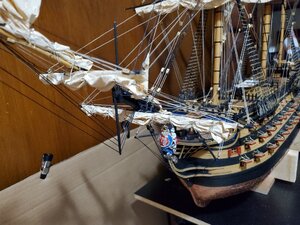 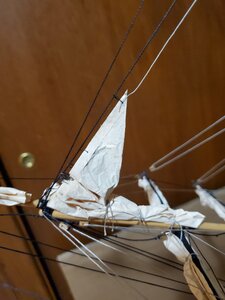 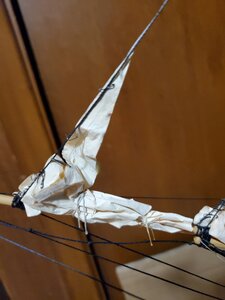 Very impressive job on the ship. I like the way you did the sails.

A year anniversary today in the making of the Victory. 90% complete. 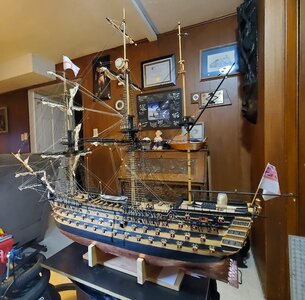 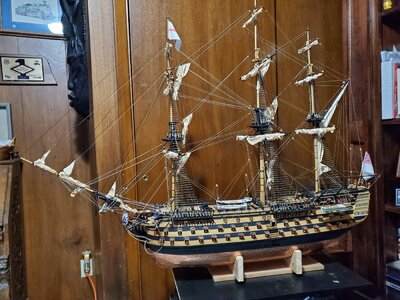 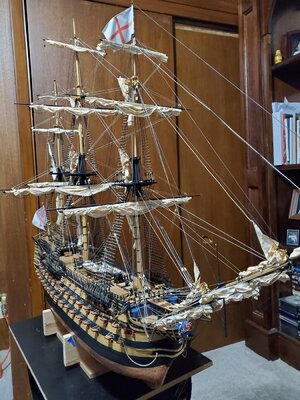 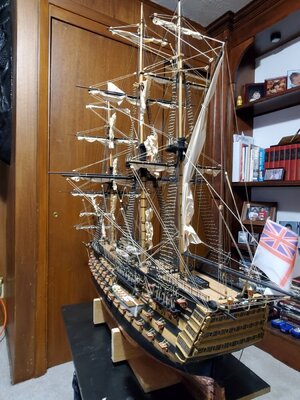 Congratulations for finishing this great model - She is looking very good......

Do you plan to present her in a showcase?
and what is next after the Victory? This time something smaller

Uwek said:
Congratulations for finishing this great model - She is looking very good......

Do you plan to present her in a showcase?
and what is next after the Victory? This time something smaller

The closet behind the ship will be torn down and become an L shape extention of the adjoining bookcase. Planning on putting glass doors simular to a china cabinet but much deeper, longer, and lit.

Daliab said:
The closet behind the ship will be torn down and become an L shape extention of the adjoining bookcase. Planning on putting glass doors simular to a china cabinet but much deeper, longer, and lit.
Click to expand...

She looks great. I have not started mine yet but I hope it turns out as well as yours. I like the idea for the closet. Wish I had a place like that to use.
K

IN reference to your clew lines in the main sails,,, I noticed you moved them inward. Should they not of been on the corners of the ssails. The reason I'm asking is because I am working on same with furled sails and considering leaving them on the corners. Thank you Ken
You must log in or register to reply here.
Share:
Facebook Twitter Reddit Pinterest Tumblr Email Share Link
Top