I finished the installation of all the guns on the open decks and, in addition, some other small detail such as casks, more pins and coils of rope.
In particular, I secured the four guns of small caliber (2 on the forecastle and 2 on the intermediate quarterdeck) in a different way. This method was often adopted for the smaller gun pieces when the ship was at sea and not ready for military action. In this way they were less bulky than the traditional method, even if less "safe". In fact, their use was almost always limited to the smaller pieces. 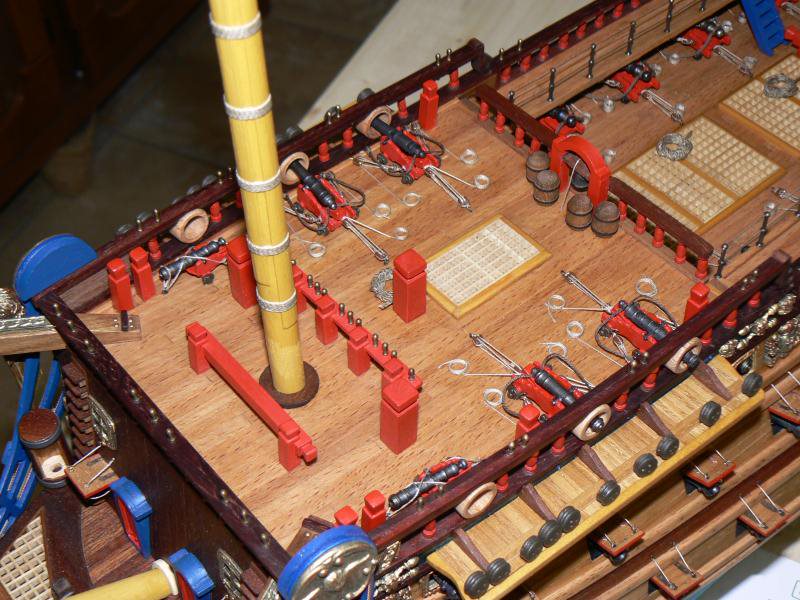 Here you can see the last decoration that remained to be fixed at prow: the sort of caryatid with human head and upper body, which legs transformed into a sort of column, fixed between the cathead and the "serpe". It was glued with epoxy glue having realized that the contact points for the bonding were few and rather small. However, with this glue it is attacked rather robustly. 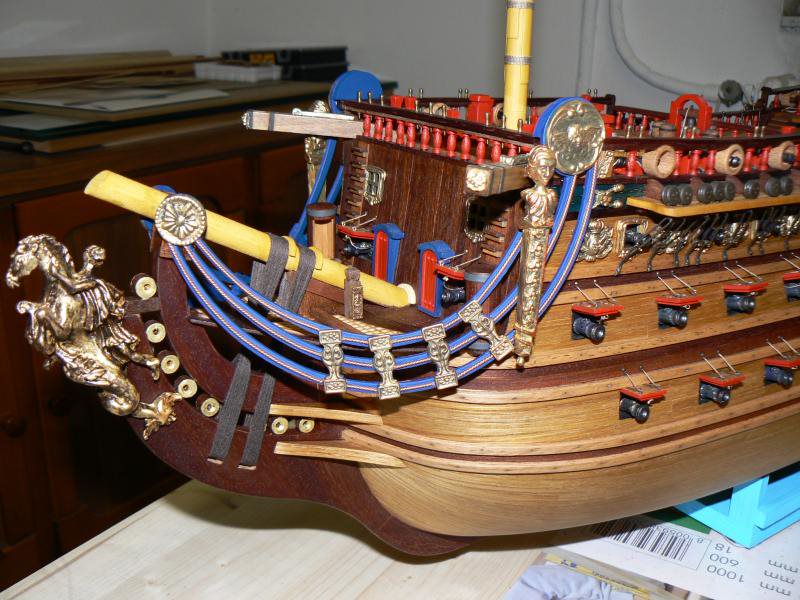 Here are shown the eight guns on the "lower" quarterdeck.
Unlike those of the forecastle, here the guns are all of the same size. There are also a couple of barrels, for the moment only glued with the need for additional work. 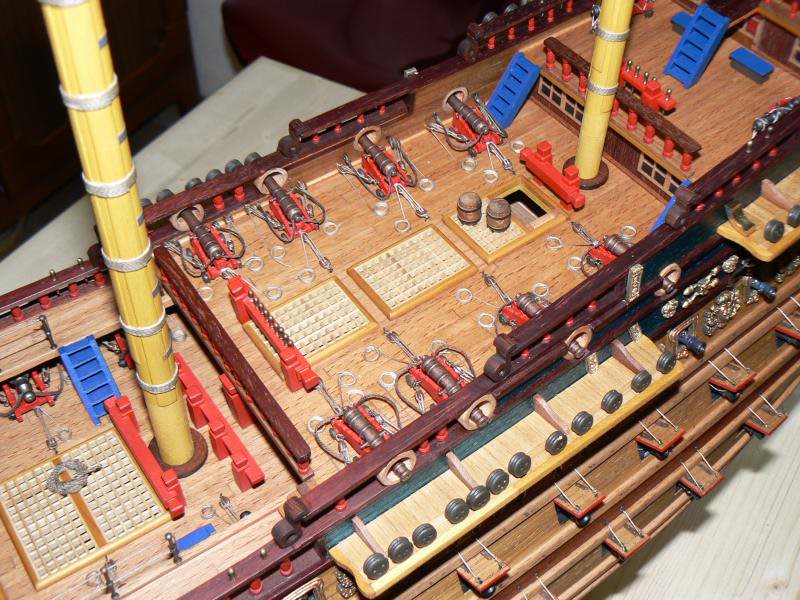 The other two light guns mounted on the "intermediate" quarterdeck. rigged as their two equivalents on the forecastle. In addition, there are two "seats" I think for the exclusive use of the captain/admiral and officers, in this picture you can see only one of them because the second one is hidden by the ladder.
Again, as I have often done in the past, I remember that the color of the blue paintend elements is much altered by the use of the camera flash, in the reality it is much darker than it appears in my photos. 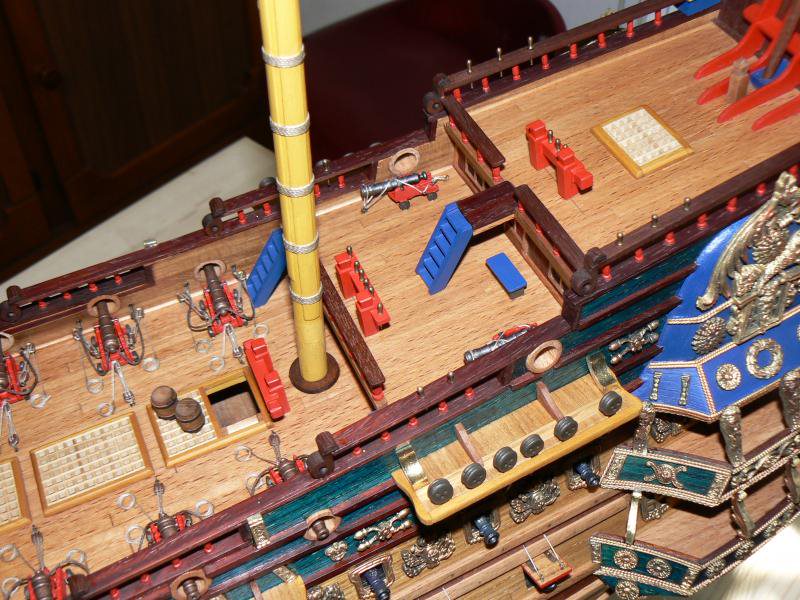 The central part of the upper gun deck. Here now there is only to fix the boats: I'm definitely considering to use a pair of pins to secure the support structure of the boats without having to use glue, leaving them removable. 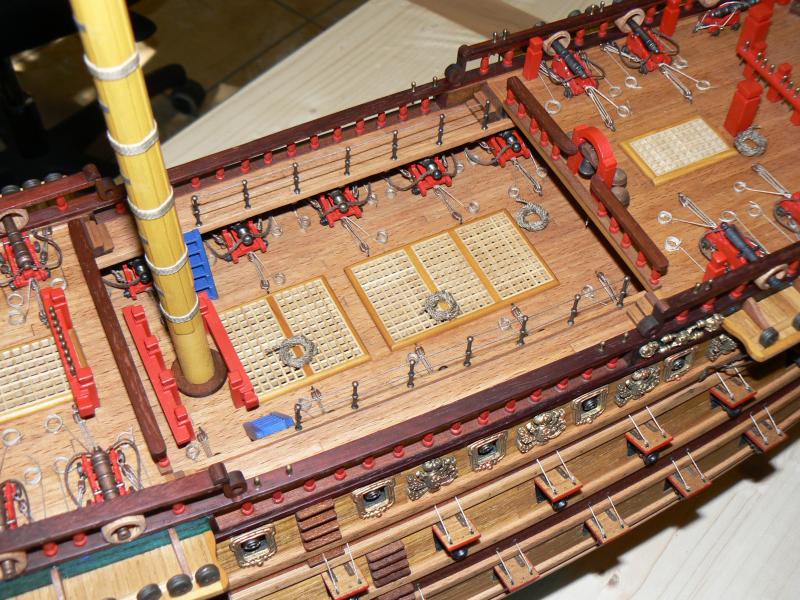 More pictures and comments are coming soon. That's all for today, Jack.Aubrey

Continuation of my previous message . .

Five other new images, from different perspectives, shot the same day of my last message. 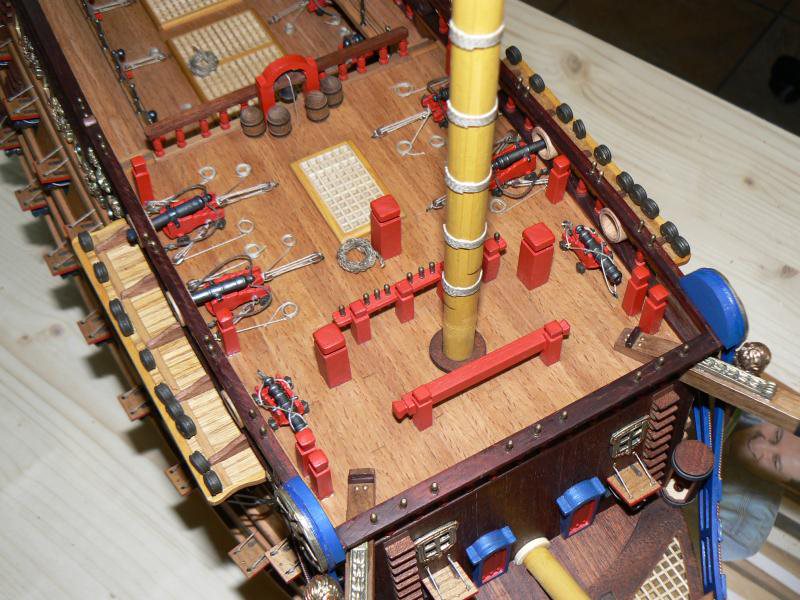 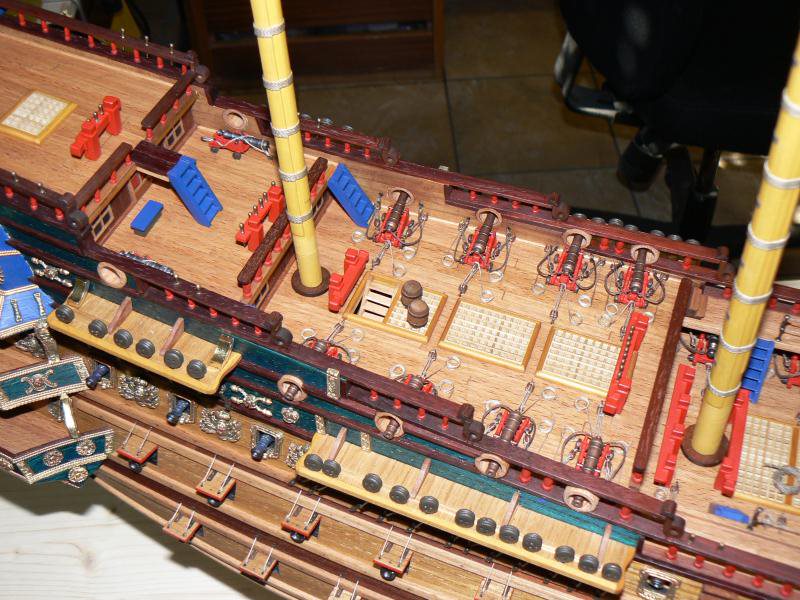 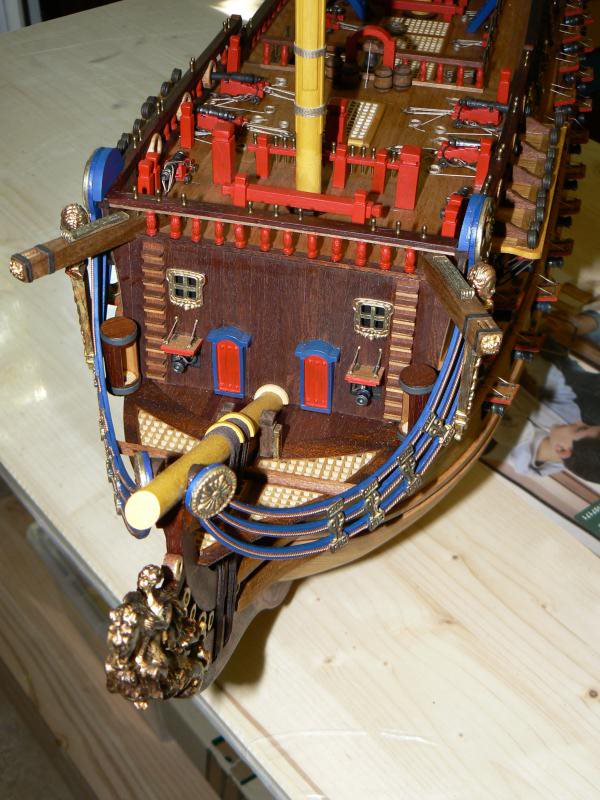 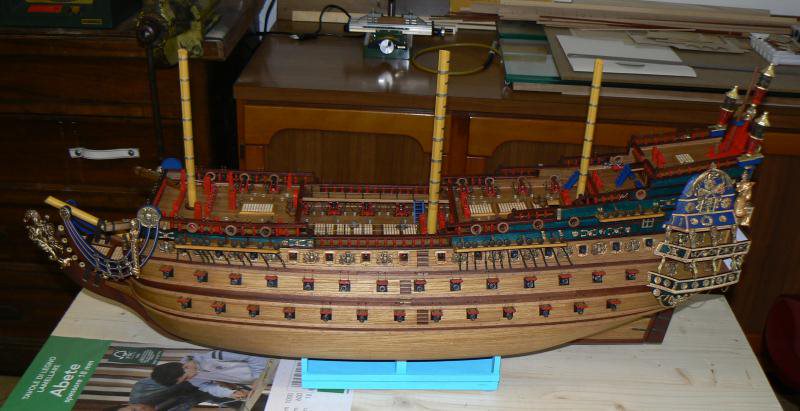 Again, five new images, all belonging to the same day . . 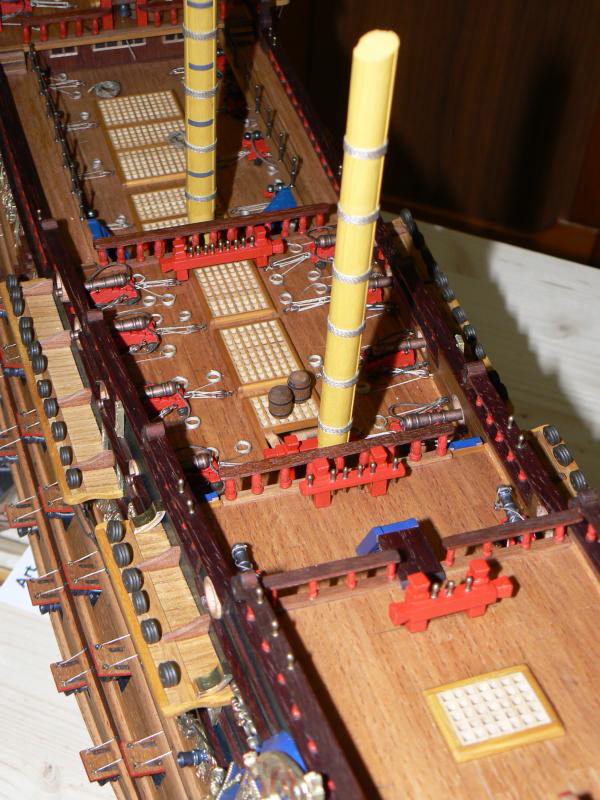 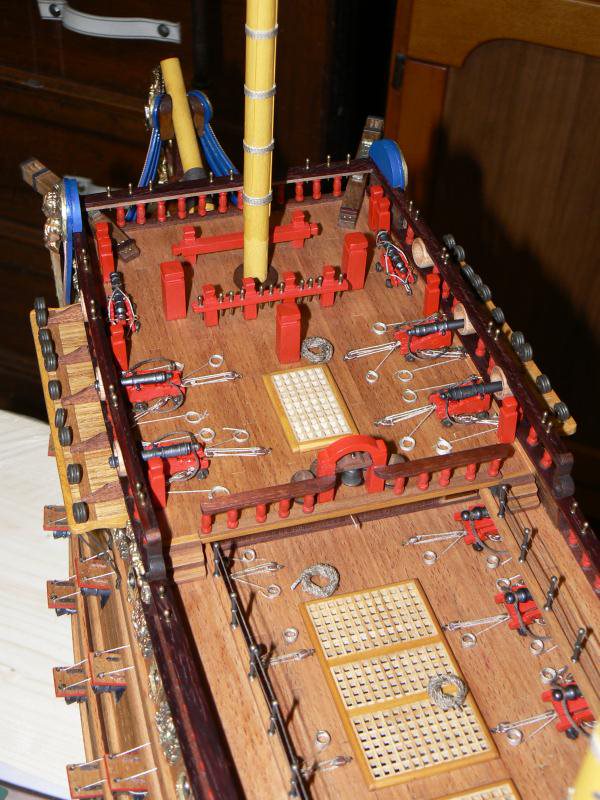 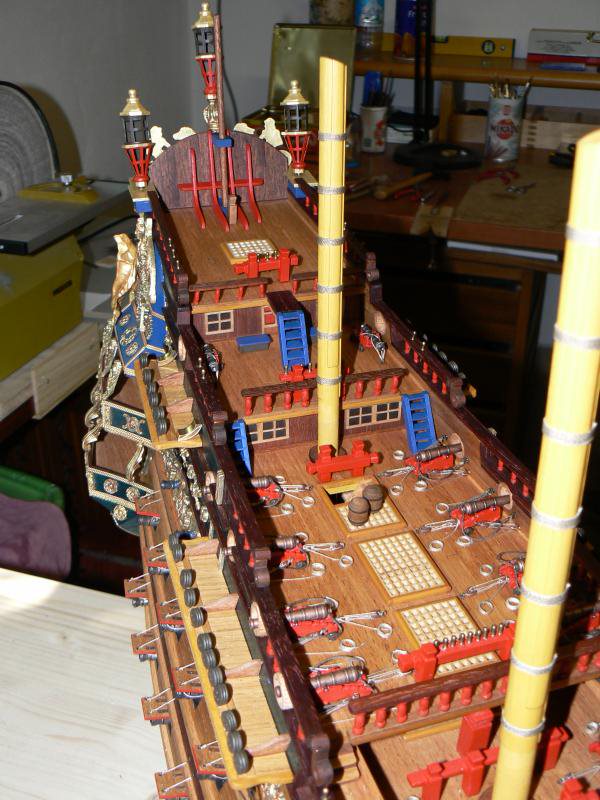 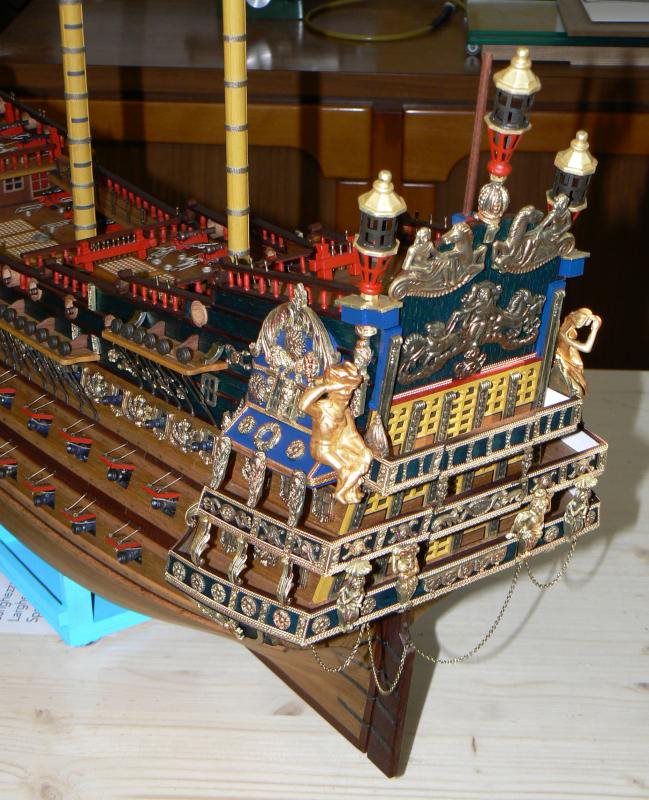 I'm installing the anchors, perhaps the last work of a certain commitment that still remains to do. I'm still missing one anchor on the right side and then this task is over.

After several attempts to build a decent cable with the ropewalk machine starting from far, attempts that have probably identified and highlighted the point of maximum useful usage of this machine, I folded up a simple solution: I've used, on the same machine, a traditional lanyard; that is, a larger starting base and it worked. The only drawback: the cloths. I removed this annoying problem by impregnating the cable with the vinyl glue very diluted. Once dry it was a bit stiffer than they should, but gradually I made it suitable.

The color is a bit off but maybe that's okay because if the cable was immersed for a long time certainly did not have to appear as if it were new. 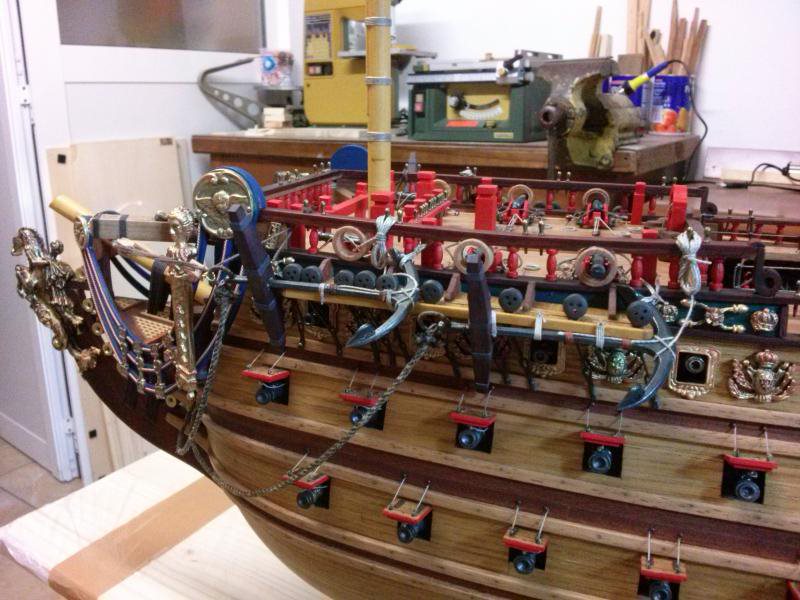 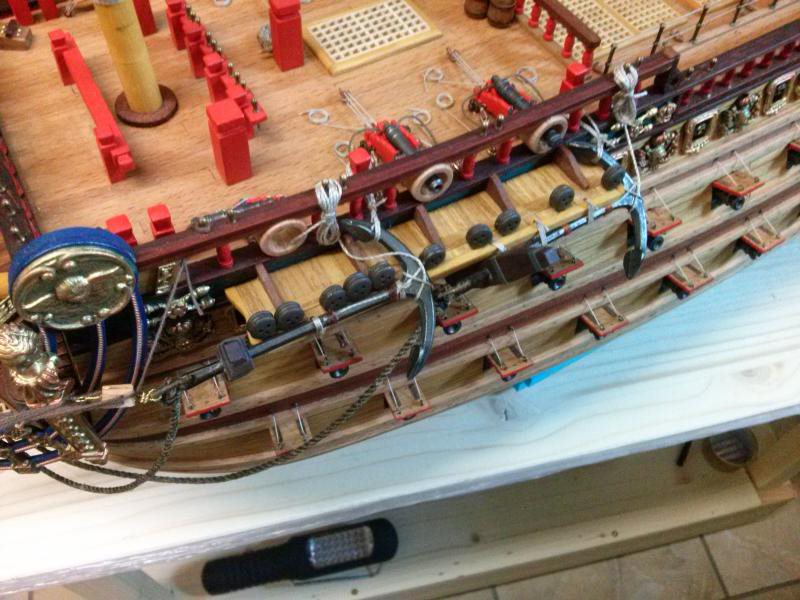 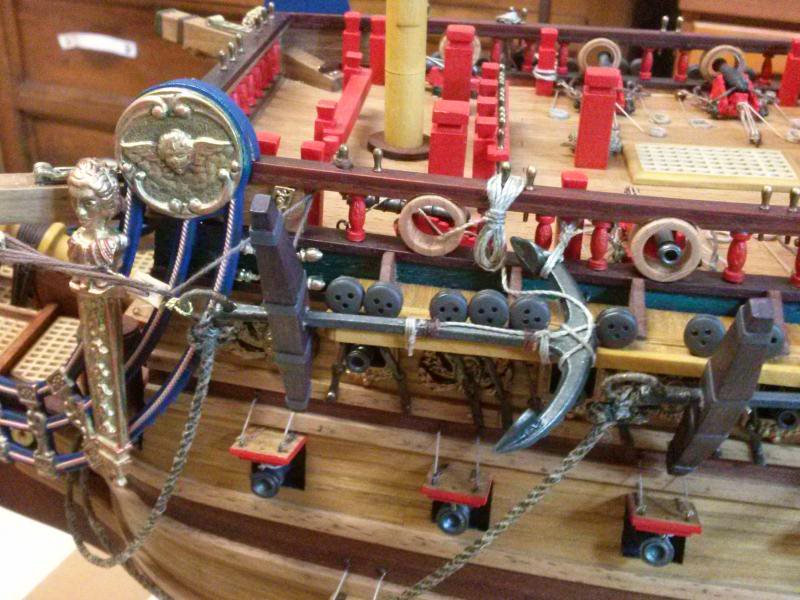 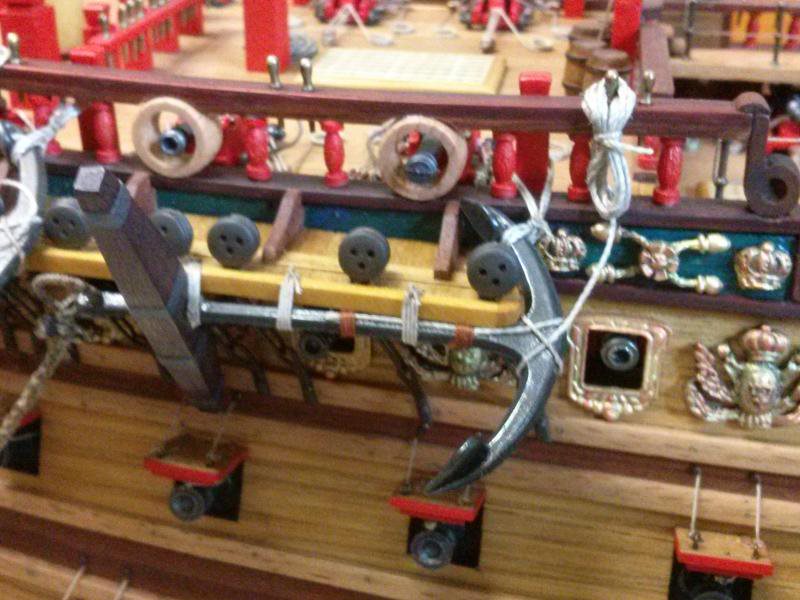 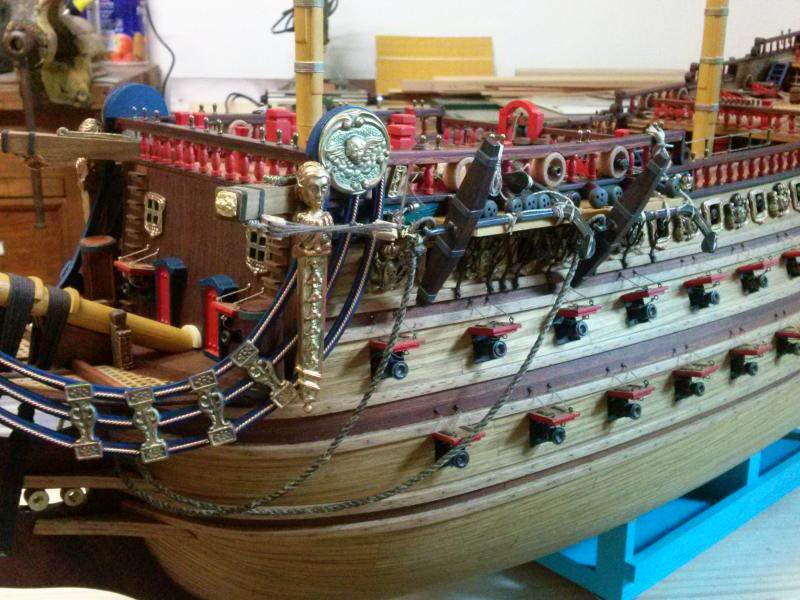 Friday, August 8th, 2014 . .
Soleil Royal Launched. .
​
Today I did the last activities around the Soleil Royal, and towards evening, I realized that I had really finished the model . .

Below are some pictures I publish here but I want to limit myself to only five. I proceeded instead to open in the site the album "Jack Aubrey's Soleil Royal"

where I will publish all the pictures I shot and that I'll shoot of the finished model in the next few days. These images can be downloaded at the original size.

So with this message, I am going to close this endless building log.

However, I'll continue to follow it in case of further comments/messages that will be inserted in the future. Thank you from now on to all who were involved and who have followed me in this long adventure.

Now I will take a couple of months as a "reflection pause" even if I'm already at work from now with my computer and CAD software to design and plan my next model. 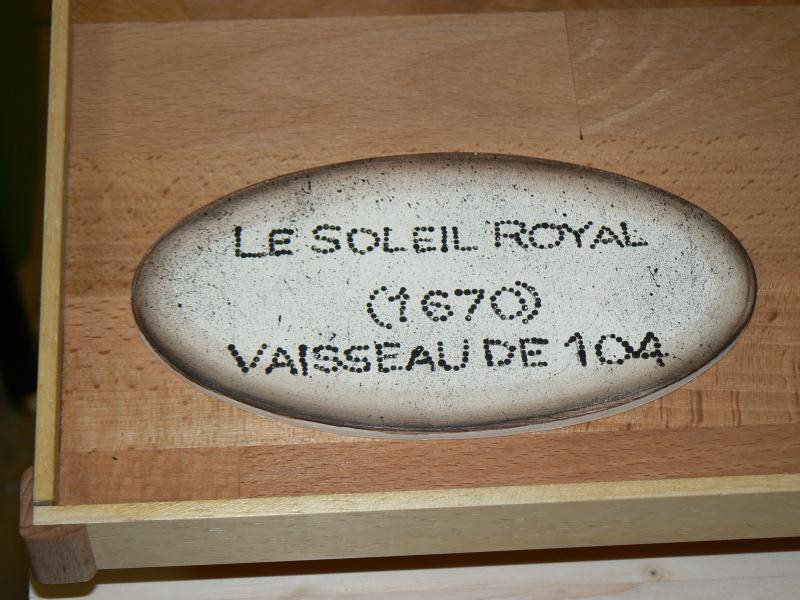 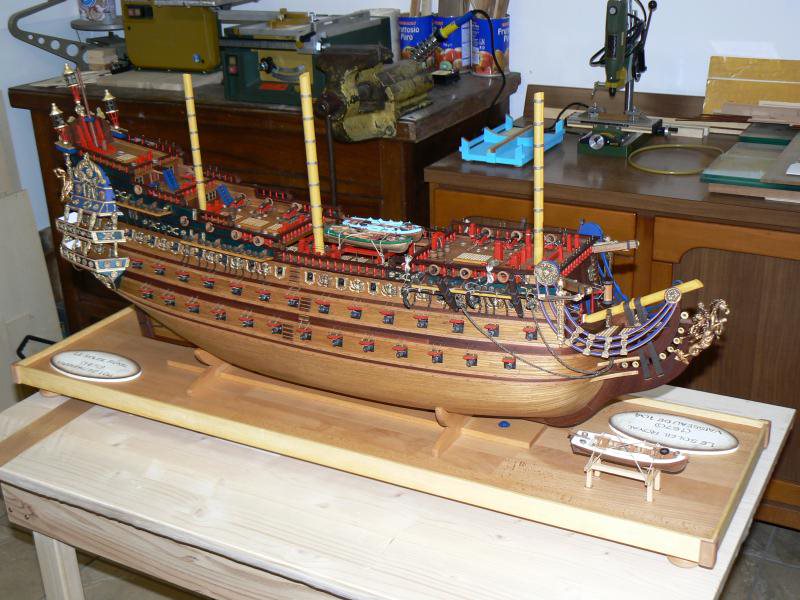 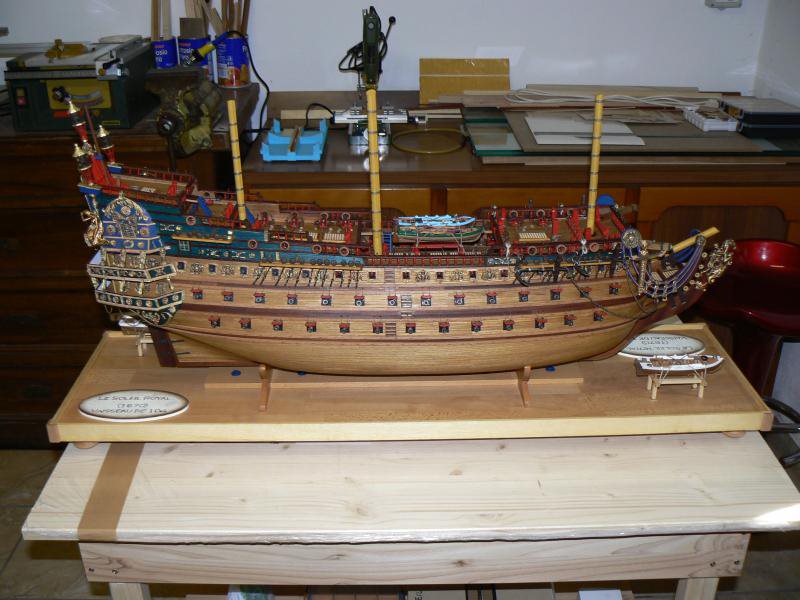 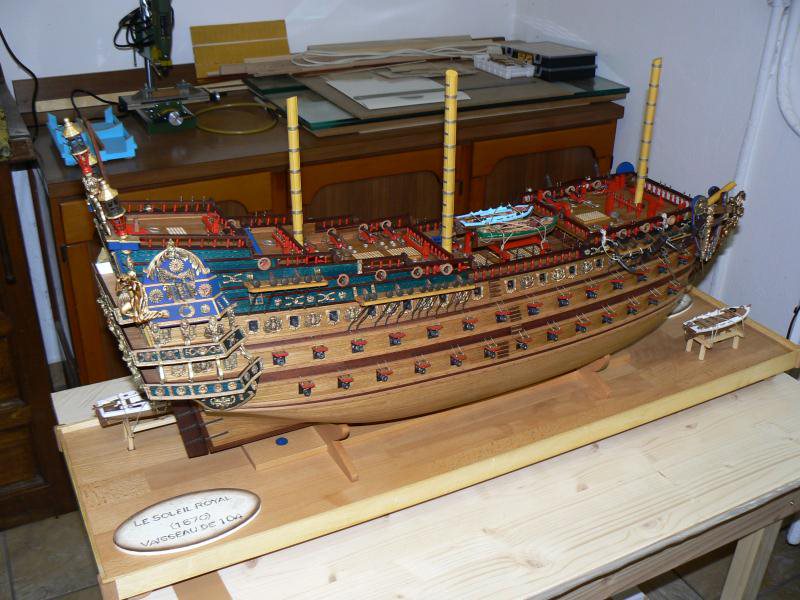 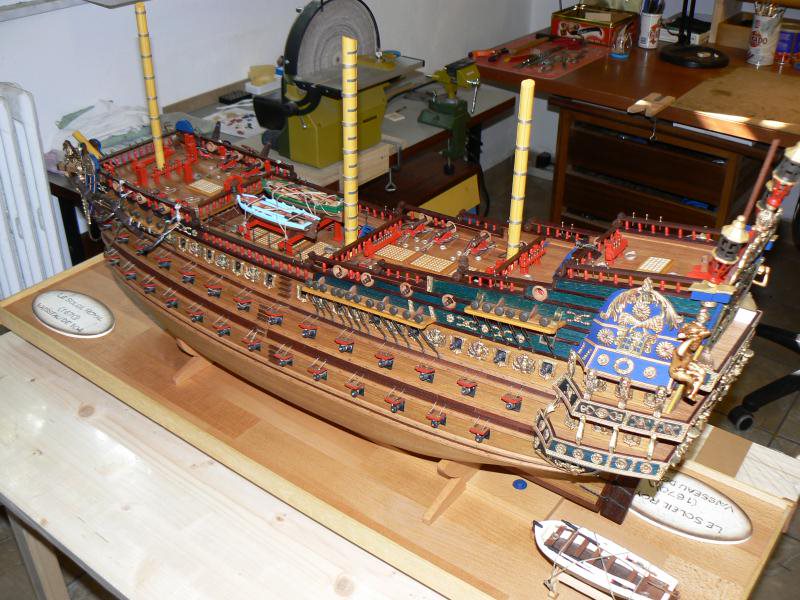