Hi All. I’m helping to build a 1/12 scale model of the Mayflower. It’s a longitudinal cutaway which will displayed in the local
Museum in Dartmouth UK ti celebrate the coming 400th anniversary of the Pilgrim Fathers journey to America. 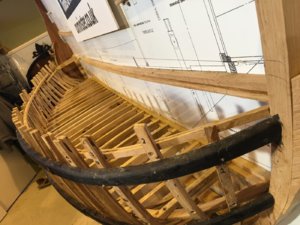 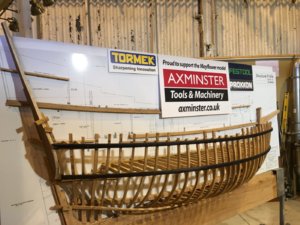 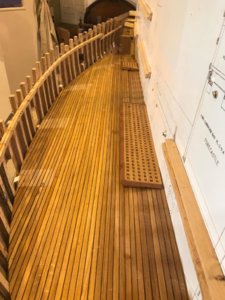 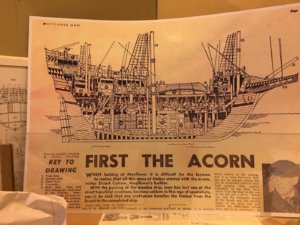 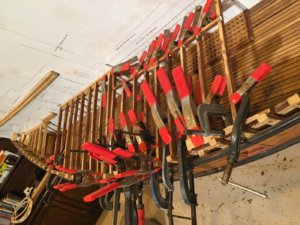 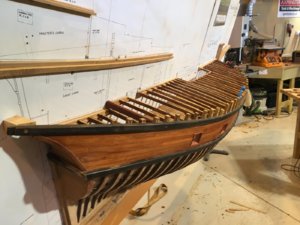 When will it be finished? - Bob

shipbuilder said:
When will it be finished? - Bob
Click to expand...

We’re aim for end of May 2020 for the main build with perhaps more time for rigging and props - cargo sailors, passengers etc.

It will be interesting to see how you manage the rigging with only half a hull! I have never done anything like that myself, so will follow it with interest. Sounds like a pretty tight time schedule for all the work to come!
Bob

Welcome aboard SOS, Rob! We are happy you found us! Please have fun!

shipbuilder said:
It will be interesting to see how you manage the rigging with only half a hull! I have never done anything like that myself, so will follow it with interest. Sounds like a pretty tight time schedule for all the work to come!
Bob
Click to expand...

We haven’t either so we’ll be making it up as we go!

Welcome to the forum Robert.I am partial to big scale models but 1/12 may be a little big even for me

Also from my side a warm welcome here on board of our forum.
This is really an interesting project - and huge

Uwek said:
Also from my side a warm welcome here on board of our forum.
This is really an interesting project - and huge

I would like to see much more of this built and the idea behind
Click to expand...

After the holidays I’ll post some more about the project. Happy New Year

Hallo Robert,
we wish you all the Best and a HAPPY BIRTHDAY

Welcome aboard and Happy birthday Robert!!

Thanks for the birthday wishes. I’m feel very welcome here.

Many more years to come!

The dead eyes will have to be manufactured. I would think the lower ones would be approx. 3/4 ins dia with the upper ones about 1/2 ins

The rope will also have to be manufactured as it cannot be obtained any other way You could contact some one in the uk.

I could manufacture the deadeyes for you, You will need about 30 large ones for the lower masts, and 12 smaller ones for the upper masts. They will be about £5.00 each, slightly less for the upper ones. As I said earlier you will need a lot of rope and cordage which will have to be made. Then there will be the pully blocks. They
will be of various sizes, the largest being about 3/4 of an inch in length because of the size the blocks will have to be made as real blocks with sheaves inserted. you will need single , double and trebbel blocks, also a rams head block holding up the lower yards as these yards were not fixed to the masts. The rams head will be a trebel with the falls coming through sheaves in the main fife rail and made up. the reason for this is to take in sail by lowering the yard and removing the bonnet, thus making the sail smaller. I would guess the bonnet on your model would be about 3 to 4ins in height, I would need to see the model. Just as an after thought the deadeyes could be triangular or round, at this stage it was rather on the cusp of development, and the deadeyes on the American Mayflower were round, so round would be quite in order. The price of all of this work would be quite considerable, as it is all complicated work, and would take rather a lot of time. The cost I would say could be around £700.00 maybe less. should you be interested please let me know.

@cathey Hello Majors. I think it would all best interest and propper to take all of your commission\negotiation talks into a PM (Private Message) between interesting parties.

Hi. Jim.
Not to sure what you mean, has RobertUK not received my info.

With regard to the size of your dead eyes, Was I very far out at 3/4 of an inch. Of course it is always preferable to make a couple and then offer them
up. Much the better way. Any way good luck with the project.