Two of my favorites. I like building the more complicated work machines.

Have two of both these

I've just looked on their website, these models are not cheap in anyway , neither are their display cases . You don't have much change from £2,000 ( they are a work of art in their right) I also found out that they are part of the Hornby Group ( Airfix, Hornby Trains ) 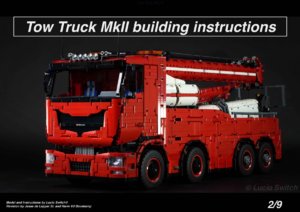 Hot off the bench. 1982 Kawasaki GPZ 550. Was the first of the GPz line and the introduction of Kawasaki's single-shock rear suspension "Uni-trak". 1:12 scale, built from the Aoshima kit. Modified by adding a performance exhaust system and removing unnecessary bits for a track day at Nordschleife. I got one more bike kit and then moving on to other stuff for now. 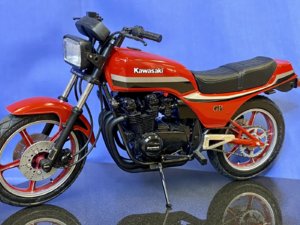 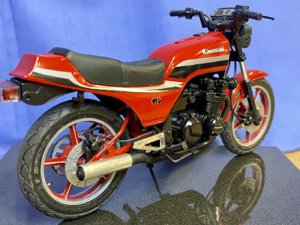 mrshanks said:
Hot off the bench. 1982 Kawasaki GPZ 550. Was the first of the GPz line and the introduction of Kawasaki's single-shock rear suspension "Uni-trak". 1:12 scale, built from the Aoshima kit. Modified by adding a performance exhaust system and removing unnecessary bits for a track day at Nordschleife. I got one more bike kit and then moving on to other stuff for now.

I like your WWI bi-planes, but no Baron Tri-folker in you collection
M

Trivia? Make, model, year? This is in 1:12 scale from the Aoshima kit. The motor is a little over 1 inch tall. 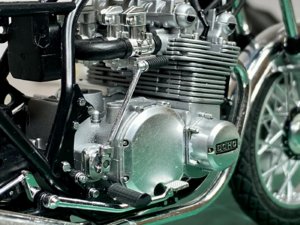 Jimsky said:
is it Duke or Suzuki???
Click to expand...

Lot's of chrome. As far as I know the only bike to use a 4-into-4 exhaust configuration. 900cc inline aircooled double-overhead cam 4 cylinder made 82hp. 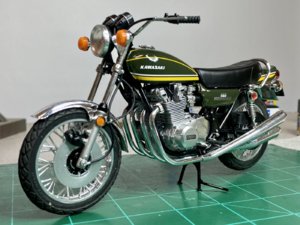 View from the seat. Even with the broad 5 gallon tank the motor sticks out on both sides. The first bike to come with a 160mph speedometer. 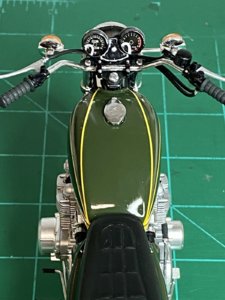 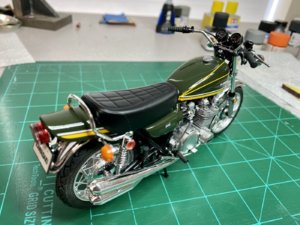 Got a little sidetracked, a Christmas present to add to the Lego collection. 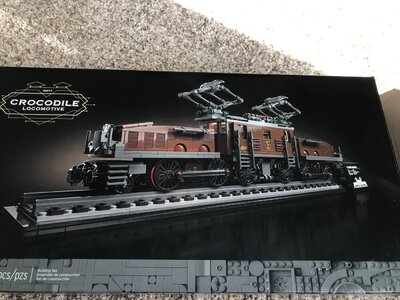 Ah, the Z1.
Spare underwear required at the top end of the performance envelope.
It would turn a straight road into a series of curves.
Don't ask me how I know.
Smashing models.

Some examples for collectitis......
The wooden loco is made of MATADOR. That was very common in Austria from the inter war period until the 60ies.
In the 70ies MATADOR could not stand against modern toys. Now an enthusiast is producing a part of the former range .
Also LEGO is still on my radar. From time to time I build a model. Last ones were the Saturn V and the lunar module. 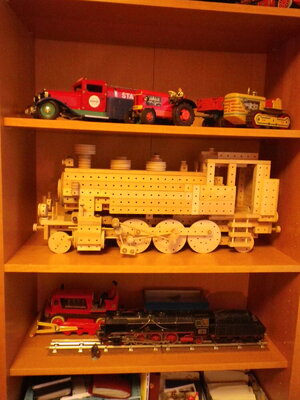 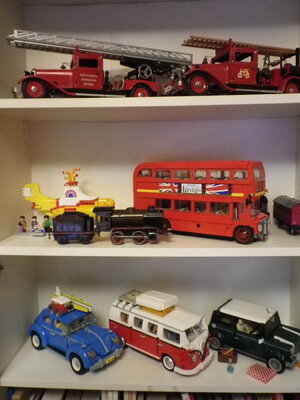 I have been assembling live steam models from kits for 35 years. All models work. My wife said I should assemble a ship model again, it's cheaper and takes much longer. And so I am currently building the "La Belle" and taking my time. 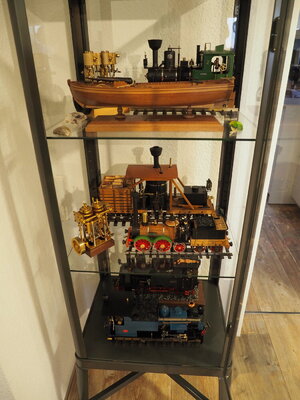 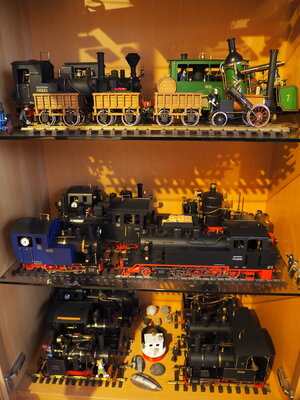 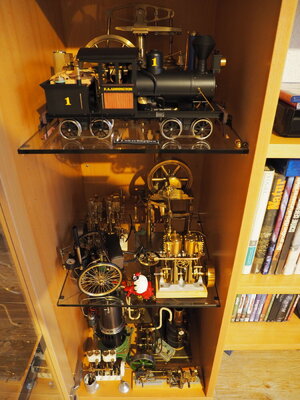 Beautiful!
Are they scratch built or from kits?
You have got a wise wife, she knows how to guide you without creating resistance

The models were built from fine mechanical construction kits from English and German production. They work like real steam engines. Gas heating, boil water, feed oil and drive. They must be assembled and set to work.
The photos are a part of the collection. During assembly you learn a lot about metalworking, have to build some parts yourself and learn all kinds of soldering and painting. . .
Some locomotives have been shown in operation at exhibitions in Germany and France (Paris).