Today arrived my kit from the San Felipe. It is from zhl and arrived in 5 days from China to Holland. It is scale 1:50 and I am impressed by the quality of the kit. All parts are laser cut and its all big size. The planks of the bulwarks are 65 cm long I wrote it on the wood for the pictures so you can see what I mean. I don't know if I make a blog because I think there are more felipes built here. But if someone likes a blog a will make it.dont know if there is a blog from the zhl version. Here some pictures of the kit. Can't wait to start but first in have to finish the Trinidad and in between it will work on the Wilhelm. I read a lot of times about the Chinees kits that they Just copy the European kits and sell them cheaper but the Wilhelm zu Pferde is normally 830 euro and you get a lot of castings but the main figure on the Stern is Wilhelm and that is a cheap piece of wood with a horse drawn by a 4 years old boy or girl that you have to paint like painting by numbers.why didn't they make that also from Iron? so if they complain they have to upgrade their kits instead of complaining and try to make money with kits that are 30 years old and need a big upgrade. Pfff long story. Sorry. 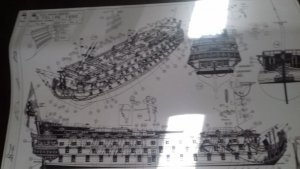 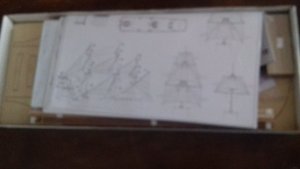 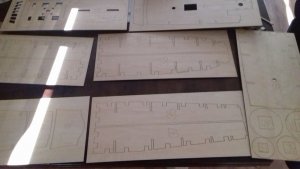 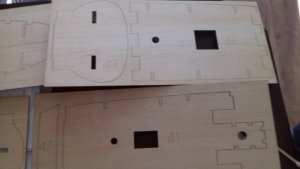 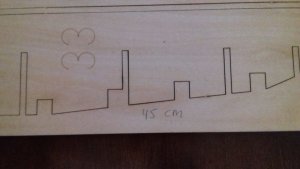 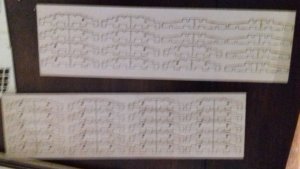 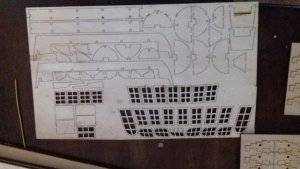 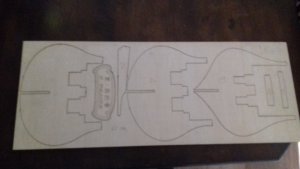 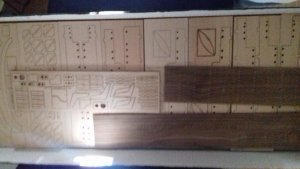 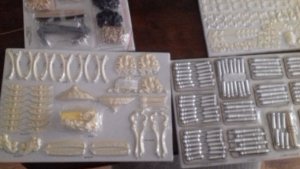 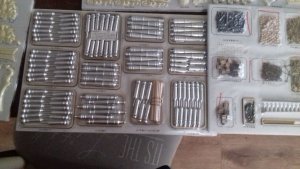 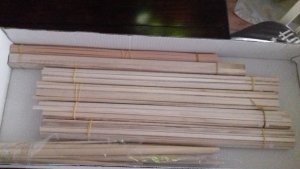 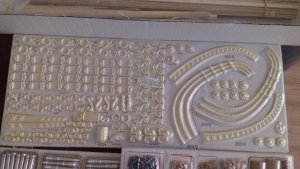 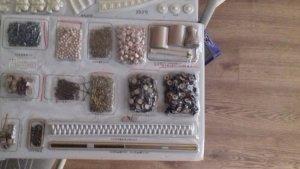 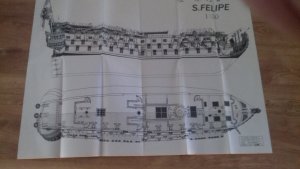 Pat,
I fully agree with your comments about the Chinese kits. Creating a full CNC and laser cut kit is not a copy, it is a development, which, according to Max at ZHL takes usually 2 years for a kit. Calling this an unlawful copy is a 100% mistake at least and usually who cry foul have some business interest to maintain the old status quo. The American and European kit manufacturers have been sitting on their laurels for decades and this is a shame in itself. Even the Euromodel or Victory kits, which are the best among them, can't be compared to the newest Chinese or Russian kits. Not all of these latter are obviously of good quality, but their best are at least 10-15 years ahead of their European or American 'competitors'. And fortunately more and more of the good Chinese and Russian kits are coming to the market. There is no sign that the convential manufacturers would take this challenge seriously.
For one I would vote to see your building log, Pat. We might have seen some Wilhelms to be built but not chinese one yet and anyhow every build is different and it would be great to see your progress with it.
Janos

Glad to hear your impressed with the ZHL kit. I just ordered the Le Soleil Royal from ZHL, hope it can make it to the US in swift time period.
Mike

G'day Pat
Welcome to the 'Chinese kit club!' I know with experience you will be very happy with these manufactures. I agree with Janis completely in his statement.
I hope with all of my heart that you will start your own log here.
Happymodeling
Greg

I highly suggest you start a build log. I am building the SF from panart. The panart is not that good. Lots of problems.

Tnx all. Then i will make a log. I have a good digital camera today so i will give it a try. Trinidad almost finished so........

looking fwd to the log! I am still tempted to get this kit! ( but the other half is NOT!)

Glad you purchased from Max. He has a very good reputation for great mail order.
W

I hope all of you is well informed, that this 'San Felipe' is a pure fantasy ship and did never exist?! - Not fake news, but: fake ship!?

The original plan for this model ship was invented in the 1970s by Vincenzo Lusci.

A thorough research on the subject, done by the german 'Arbeitskreis historischer Schiffbau e.V.' made clear, that the Spanish at that time didn't have a ship of such size, only smaller ones, with 50 guns at a maximum.

So the mentioned battle with the British NEVER happened, too!

The British, famous for notoriously noting every single action, no matter how small it was, do not have a single line in their archives about this action!

In fact, this model is the result of a guy how wrote a novel or short story about an invented action. - This story was somehow hyped and taken for real by some people in the 1970s. And as a result of that, Lusci came up with that fake ship plan.

Well it is a fantasy, drawn from some real plans (which never came to live) and mixed up with quite a lot fantasy material.

If you do know that and still want to build that model, it's perfectly fine for me.

I only take the time to warn people about the worst 'historic' model fails, so that they are not mad, when, after years of working on the subject, get told that their model is... mostly worthless, because it did never exist.

Now you know that, you should decide, if you still want to build that thing.

Thx for the detailed story. The above however is the case for a lot of model ships.

For instance Mamoli Friesland, never excisted and model is based on the hohensollern ship model.

But both kits build beautiful models.

Another similar candidate is Mamoli's Caracca Atlantica. I think nothing is taken off the value of a nicely built model only because it is not the model of a ship which used to exit - unless someone wants to sell it to a collector... Having said this I still don't like the numerous Black Pearl kits...
Janos

Maybe a nice new topic. Ship models and their history and heritage.

WOOW, are there many sets on the market that have never existed in reality ?.
W

Thx for the detailed story. The above however is the case for a lot of model ships.

For instance Mamoli Friesland, never excisted and model is based on the hohensollern ship model.

But both kits build beautiful models.

you are absolutely right! - I don't even complain about errors in kits, because it is hardly possible to ever have any kit of a ship in a true "historic" sense, as the original has been.

But the San Felipe is about the same level (in my opinion) as the 'Black Pearl'. Pure Fantasy.

The Friesland is a little different, because it is closely related to a historic ship model, that has existed.
To be honest, there never was a ship built after the original model, but you can see it as some kind of prototype. Very similar ships had been built, with only minor differences. - So the 'Friesland' can also be claimed to be some kind of prototype. - That is good enough for me.

But the 'San Felipe'... Nope. Pure Fantasy. Same shelf as a 'Black Pearl'. Nice to look at, but absolutely not worth anything, but that someone moves his (or her) fingers. - A waste of time.

Norway said:
WOOW, are there many kits on the market that have never existed ?.
Click to expand...

Well to me that is not completely new and I guess, the same goes for you, but I firmly believe, that there are many folks out there, that would like to build a "worthy", true and really historical ship model and get aggravated, when they learn to know (after endless hours that have been invested in the model), that their kit is based on lies, through and through.

I think, everybody has the right to know, if there ever has been a real ship, which had been built and has looked that way. - Also the Nation and the timeframe would be nice...

People may see this different.