I dare make a remark. Look carefully at the winding direction of the coils and at the running ends of the hoists. Some do not match in the direction of winding.

Mr.Deep said:
I dare make a remark. Look carefully at the winding direction of the coils and at the running ends of the hoists. Some do not match in the direction of winding.
Click to expand...

That doesn’t worry me, I’m only showing my method to coil rope not giving a lesson in perfection. In any case this is hardly seen as it’s on a lower deck, the boat supports, rigging and a couple of ships boats above mostly hide them, this was only half way through a build from some years ago that I had pictures of to show, I’m happy with how it looks.
Last edited: Mar 28, 2021

Hello Everyone. Again thanks for your comments and many likes.

Well this is another episode in the tale of woe about this kit. I was going to rig the upper deck canons which I’ve now made but I ran out of my stock of small eyelets then realised that none were supplied with the kit so I ordered more. Whilst waiting for them I decided to fit the deadeyes, herein is the issue. The deadeyes are held in with the normal type of strops, and then according to the plan there is a link in the middle, then the holding plate which is nailed to the hull. The strop is ok, too long but can be cut to size, there is no middle link supplied and the holding plate is about twice the length that it should be, it is brass with an eyelet at each end. I tried to shorten it but the brass is too hard to re-make the eyelet so it means that these can’t be used. These are exactly the same as were supplied in my Royal William kit, they fit that model fine, a much larger ship so there was going to be no way that they would ever fit a small frigate. This is just another case of putting stock items in the kit that are the wrong size and scale. Euromodel must know that they are wrong as the model that they show on there site has them made up without the bracket or centre link but with the strop just nailed to the hull so why supply them with the kit?

I’m going to put this model on hold for a while so until I re start the build this will be its last update.

I’ve decided to try something completely different for a change, a Messerschmitt BF109. This is an open frame built from photo etch. It is very detailed using mostly metal parts and is similar to the Pocher kits, so wish me luck on it. When it’s done I’ll re start my Ajax. 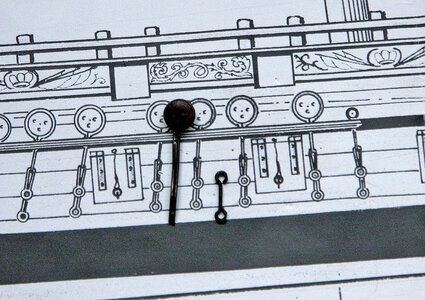 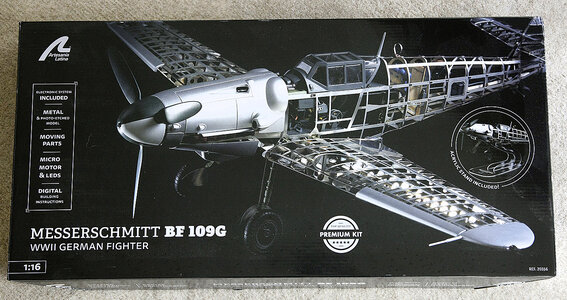 But can we hope to see also your work on your Messerschmitt?
You know, that we have a special area for building logs of other genres - Would be very interesting for me to see such a kit

I’m with Uwe, would love to see this kit.

Sorry about your problems.
On another note, I am also ordering an airplane kit to build. I am going to build the Model Airways Sopwith Camel wood kit. 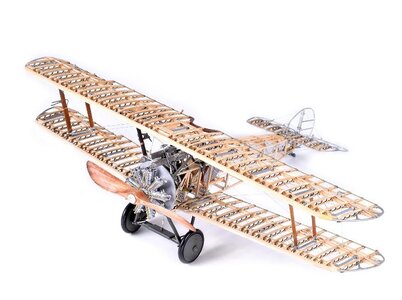 I'm going to miss this log I've picked up some tips for my next build. The BF 109 look's good I'll be looking forward to learning more about it and the continuation of the Ajax log.

Hello Everyone, Thanks for your comments and likes. As requested I've just started a build log of my 109G, you may be interested.
Dean, I really like your choice of project. I'd eyed that up myself but thought it was so intricate and finely detailed that it was a too long and difficult project for me, a major and interesting build that I hope you enjoy.
Another interesting find for me was a back copy of a magazine which included a build by Keith Julier of the Ajax. I noted that he encounted exactly the same issues as myself, gallery castings, chains, stock parts and more. Having said that I'm already missing the build and I'm looking forward to re starting, you sometimes don't realise how much you enjoy something until you stop 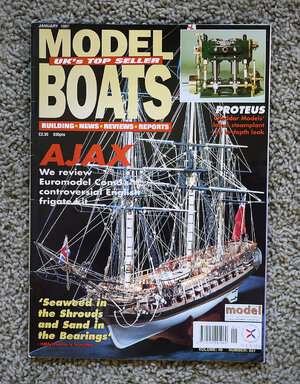