Then can be I in this topic will share their progress on Royal William.I glued the covers of the gun ports on the lower gun deck.Now you need to fix and paste lanyards . 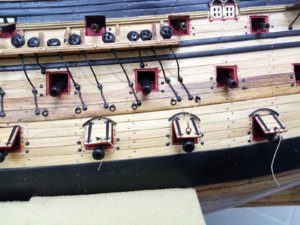 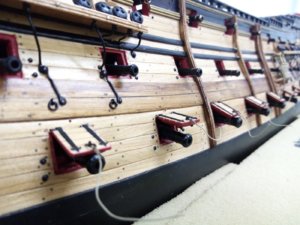 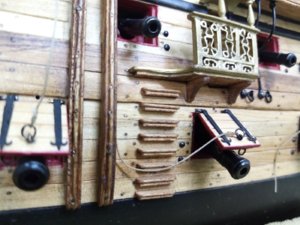 Mr.Deep said:
Then can be I in this topic will share their progress on Royal William.I glued the covers of the gun ports on the lower gun deck.Now you need to fix and paste lanyards .
Click to expand...

@Mr.Deep This build log dedicated to HMS Prince by Vince. We would love to see the build progress of your HMS Royal William in a separate build log . Please let us know if you need any help opening a build log.

As promised, some more photos of the hull being planked. This is just the first (course) layer of planking. There will be a second (finish) layer added over this after the entire hull is planked.
This hull is a complex project because of the bluff bow and the curved and tucked stern. It requires bending, some severe, of the planks and is both concave and convex in nature. It also requires tapering the width of the planks at both ends. Because some planks require both tapering and bending at each end, I find it easier to cut the planks into sections so you only have to alter one end at a time.
I use a method for determining the tapering of each plank that I learned from a magazine series on planking many years ago. There are several other good methods, but this has served me well and I have planked several complex hulls over the years. Here is the explanation:

1. Start at the level of the main deck and lay one plank from bow to stern allowing the plank to flow naturally without any bending up or down. It is ok to allow some bending in or out to follow the curve of the hull.

2. Create a jig consisting of 5 planks taped together across that span 4 bulkheads in length (See photo).

3. Starting midship, place this jig up against the bottom side of that first plank and draw pencil lines where the bottom of the jig crosses each bulkhead. Move the jig towards the bow and repeat. Move to the stern and repeat. This should give you pencil lines drawn along several bulkheads forward, midships, and aft.

4. Place another plank (something thin that can be bent easily and the exact width of the real planks) that spans the entire hull along the bottom of your pencil lines and temporarily nail it in place. Now allowing the plank to flow naturally as before in step 1 run it to the bow and mark the upper edge with a pencil at each bulkhead. Do the same towards the stern to the stern post. Remove the plank. You should now a pencil line running from stem to stern.

5. Repeat step 4 all of the way down the hull to the keel. You should now have several rows of pencil lines running lengthwise across the entire hull. You will notice that as you get closer to the bow or stern, the distance between any two of the lines may get closer together and even in some cases get further apart.

6. Divide the total distance between each pair of lines at every bulkhead by 5 and draw marks on each bulkhead at that distance. You should now have 5 equally spaced marks on each bulkhead from stem to stern all up and down the hull. The distance between these marks gives you the exact thickness of any plank where it crosses a bulkhead for tapering. In some cases the lines get so close together that 5 planks won't fit without tapering some to a sharp point. Planks should never be tapered to a point. In these cases, only 2 or three planks will come to the bow and these will be short sections that actually spread out in width to accommodate the ends of the 5 needed planks without tapering to a point anywhere. These short planks are called "joggle planks" and I will post photos when I get to that point. In those cases where the original lines actually got further apart, ( stern areas) do not taper the planks here. Leave them as is and run them naturally. This will cause a gap between some of the planks. These spaces will be filled in later with small pieces of planks called (steelers). I will post photos when I get that far.

7. Planking from the main deck up is usually relatively flat and will not require bending or tapering. 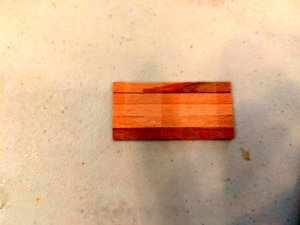 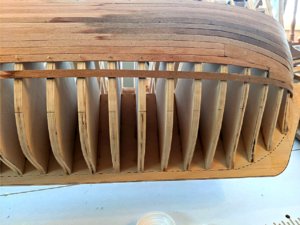 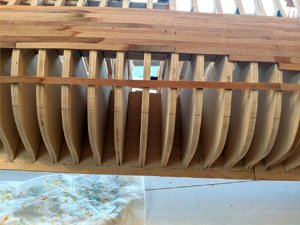 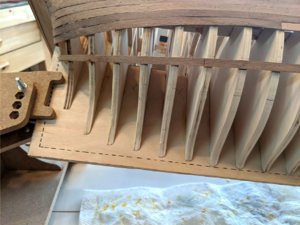 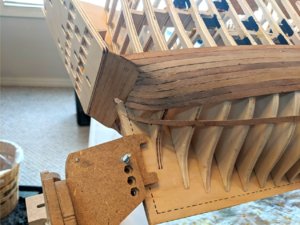 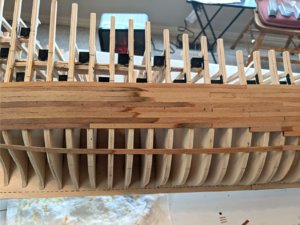 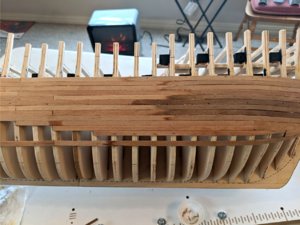 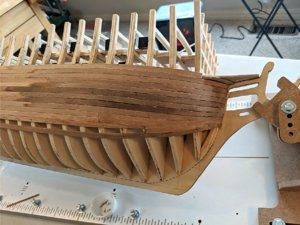 Jimsky said:
@Mr.Deep This build log dedicated to HMS Prince by Vince. We would love to see the build progress of your HMS Royal William in a separate build log . Please let us know if you need any help opening a build log.

I posted a complete build log from start to finish for the Royal William. Consists of almost 5 years of building and hundreds of photos. Look it up on this forum.

I am a brand new member here and have decided to post my build log of the Royal William (RW). I have about 3 years into this build and have over 600 photos from the start to the present. She is about 75% completed as of now. The attached photos are what she looks like now. I will start posting...
shipsofscale.com

Jimsky said:
@Mr.Deep This build log dedicated to HMS Prince by Vince. We would love to see the build progress of your HMS Royal William in a separate build log . Please let us know if you need any help opening a build log.