Hello Rich ,
I am interested in the forward deck to be impecable .
I know some builers are tracing the planks on deck when the shape is not easy to follow.Sadly I got it later .
I will use the traditional approach too ,and glue more cautios
kind regards,Daniel

badras-khan said:
Hello Rich ,
I am interested in the forward deck to be impecable .
I know some builers are tracing the planks on deck when the shape is not easy to follow.Sadly I got it later .
I will use the traditional approach too ,and glue more cautios
kind regards,Daniel
Click to expand...

The foredeck planks run straight fore and aft starting with the centerline and working outwards to port and starboard. The widths of the planks are all the same and dictate where the nibbing planks notches have to be located.

The after deck planks follow the curve of the hull and gradually taper down in width as they progress aft. The nibbing strakes aft are also dictated by a logical place where the deck planking becomes too narrow. I did these from outboard working inwards. There are not that many nibbing notches aft as there are forward. It takes some time and consideration in shaping and placing the decking. As to length, I followed what I found in other plans and references using the more common 12 foot length but placing the butt ends on the centerline of a deck beam.


As my build is POB I had to stretch to longer lengths which made a geometrical alignment of butt ends and the associated fasteners a challenge but it all disappears as most of those are covered with the deck housings, hatches, dory kids and dories, storage planning laid perpendicular to the deking forward of the main cabin to protect the deck from barrels, large tanks, boxes, and miscellaneous items used in fishing which is the manner of my own build and not the more trimmed down and lightened equipage for racing where the anchors were stowed as ballast below decks and not visible as the YQ and some other kit builds present the schooner.

I am putting in a fair amount of time studying the old photos in detail over and over which bring small items not noticed in the prior examinations. It is still just a tricked up kit and at 1:64 scale some items are not feasible for my to try to craft and include.

Good luck and with care you will come out with a schooner that you can be pleased with having. The fun of a hobby is in the voyage and the end result goes in a harbor, idling the time away, while the skipper moves on to his next build. Rich

Hello Again!
After a loooong time with too much work and deadlines and no time for hobby ,I found a holyday to work on my ship again.
At fist I had to find a way to steady the battery in cargohold so I made a little box around it.
After I worked a bit on the engine deck and decided to put magnets for holding as Moxis told me an age ago.
Dry fitted the pieces and discovered some redesigning is needed for one or two. 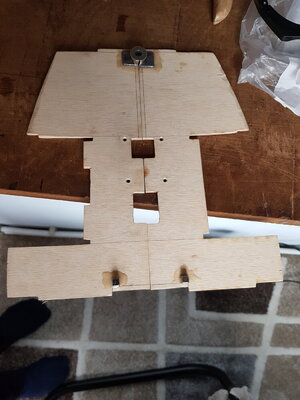 I put 2 magnets in front and 2 pieces of iron plate in the back that will stick on sme circular magnet. 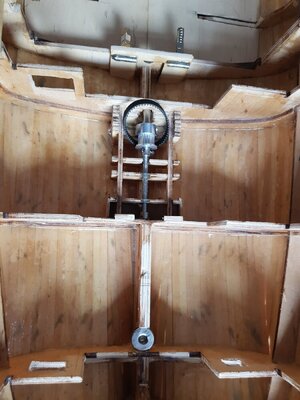 And the battery box 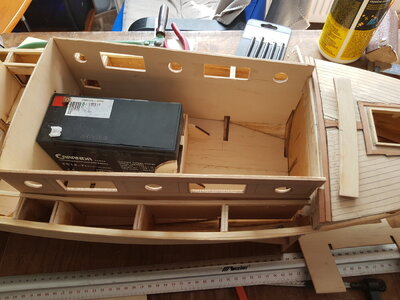 The model till now 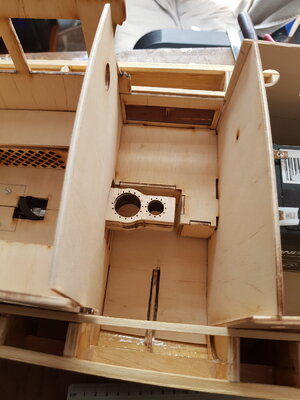 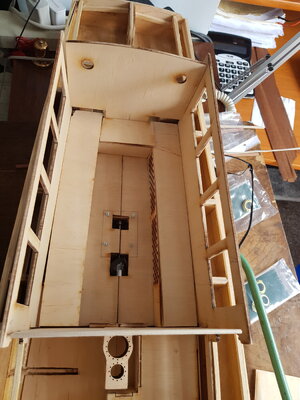 Nice to have you back again Daniel! Good work with the model. I see you have started to build the compound steam engine too.

Hello Moxis long time no see
Yes, this is the fake one .
I have a present for you -I bought the book Mahogany in scale
This is the finishing chapter in the book
Kind regards,Daniel 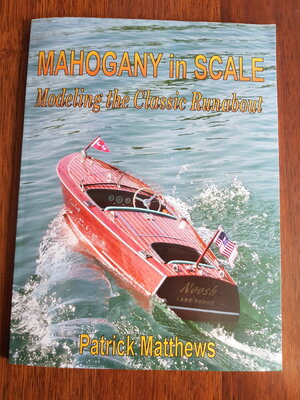 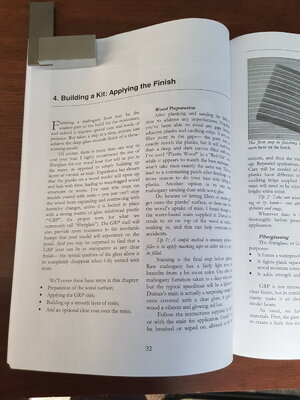 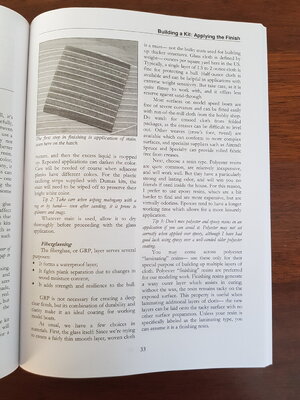 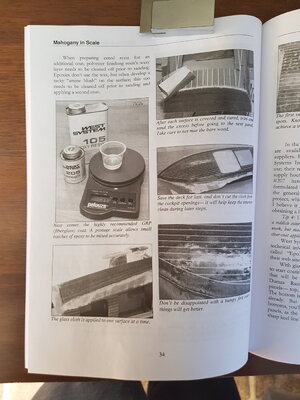 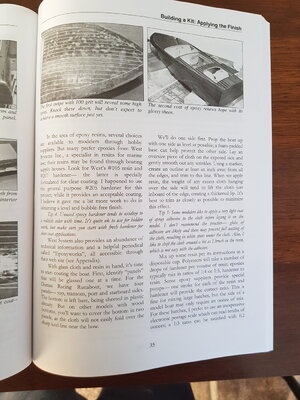 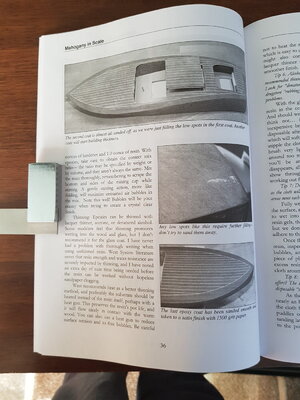 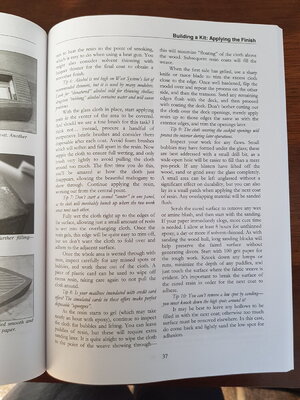 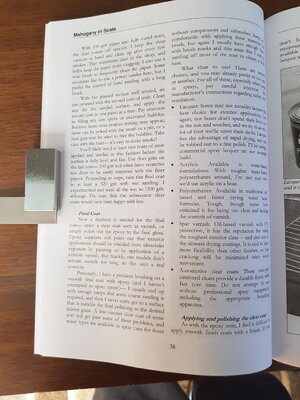 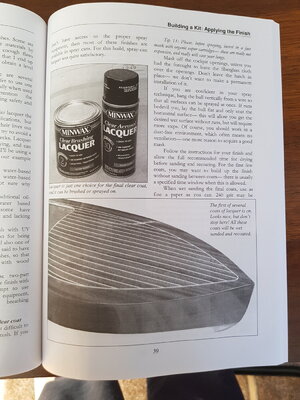 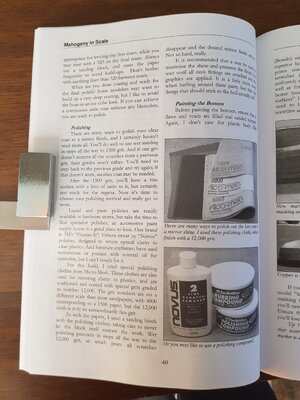 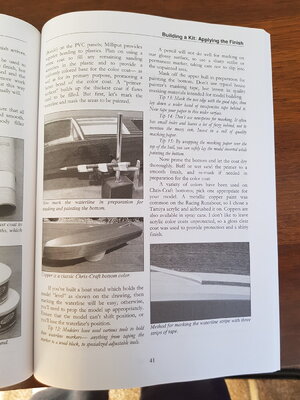 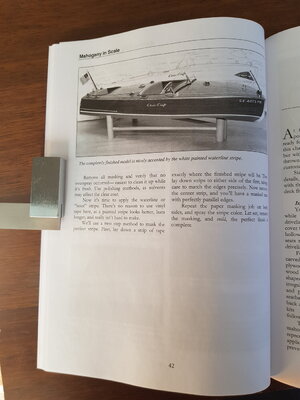 Thank you Daniel. I have to read that through very carefully.

Hello Moxis ,I watched the builds of your tanks and I am so amazed .You are a great modeller!
Pity you are so far from Romania , I would like to visit your workshop and see your work more closely.
This is a tentative of building the IS-3 tank in my youth ( 25 years ago) and the only photo .I was building from paper and with the wheels and traks casted in lead and I worked on a kitchen table with very basic handtools.My son had 1,5 years in that photo
Kind regards,Daniel 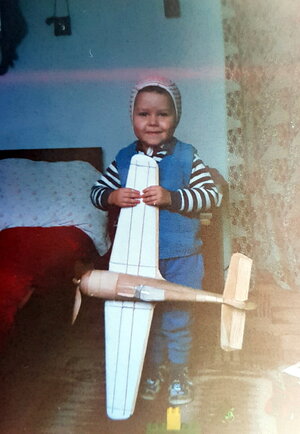 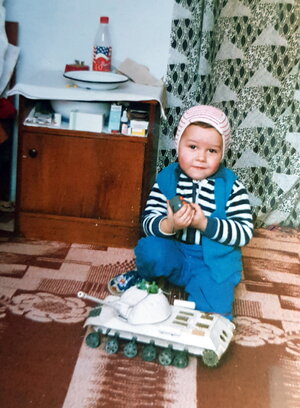 Thank you Daniel! Your tank looks very nice too. Did you cast your tracks & wheels by yourself? How did you make the patterns for casting?

At the time I used a manufactured brick with electric coils around the mould and the mould was from 3 pieces of aluminium plate fastened with screws
the top layer was for pouring and making the fin of the track,the middle one was for the body and the last part was for positive of the holes in the track 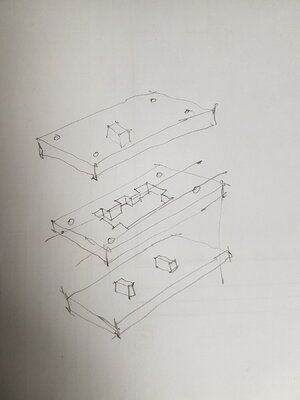 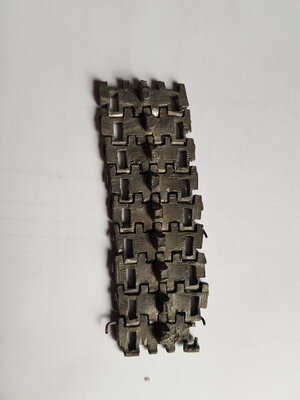 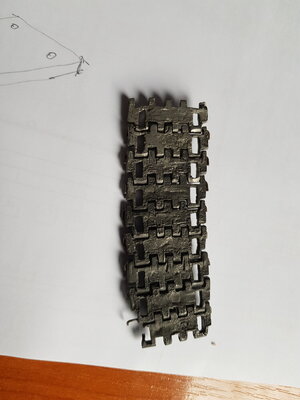 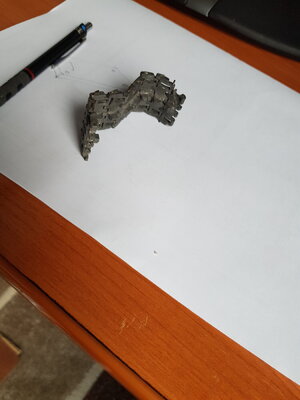 Very nicely made Daniel! I cast my track links for T-26 tank using heat resistant silicone rubber as mold. I think we used Zamac metal for casting, it is a mixture of aluminium and zinc and melts at relatively low temperature. But drilling the holes for track link pins was a nightmare.

badras-khan said:
At the time I used a manufactured brick with electric coils around the mould and the mould was from 3 pieces of aluminium plate fastened with screws
the top layer was for pouring and making the fin of the track,the middle one was for the body and the last part was for positive of the holes in the trackView attachment 230662