Now I understand your point!
I guess, and therefore I will do it in such a way like you showed in your second photo, if your walls are high enough.
We have a situation already with the interior walls aft of the compartments and storage rooms, where definitely the walls have to be adjusted with notches (red arrows).
OK, these are the deck beams and not the carlings....
you can also see that all of my walls will reach the ceiling and ending at the height of the top edge of the beams (green arrows) 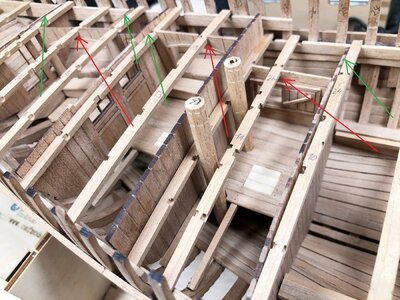 This one is a photo of my Bonhomme Richard interior walls, where we have a similar situation with the notches for the beams 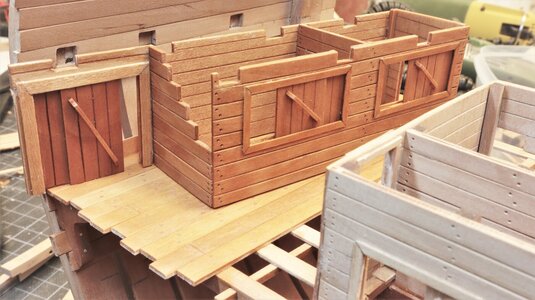 My idea is the following:
When the old shipwrights built such a ship, they installed first the beams to get a rigged structure, afterwards they would have installed the carlings (CAF calls them stringers) and wedges in order to get a basis for the deck planking. After the deck was layed, than they started to install the interior walls made out of single boards - so I am pretty sure, that they had the possibility as much as possible that the walls are so high, that they as close as possible to the ceiling.

This interior deck of the Coureur is partly under the waterline, so I guess, that most of these walls are really fixed twoards the ship structure and not removable.
I am refering here to the fact, that on bigger ships the interior walls (above waterline) were partly or often removable, in order to reduce the possibility of wooden splinters by a gunball hit during combat action... 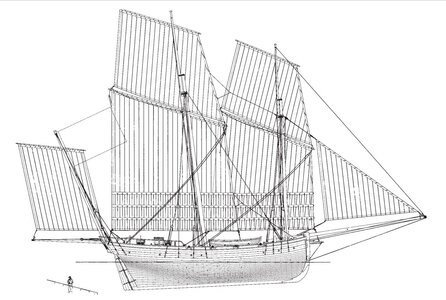 Curious... Is there an extra plank installed beneath the deck clamp that runs to the bow?

I think it is called carlings in English Also in my case the foremost bulkhead is not high enough to reach the top of the beam. I hope it will be okay when it covers between 1/2 to 2/3 of the beam. All the other bulkheads seems to be a little higher

pianoforte said:
Thanks Uwe, I thought of that, as you can see in my second to last picture the wall is in front of the deck beam. But what about the stringers, they have run above the wall if there are no recesses in the wall, right? Then, as you correctly say, the wall would have to sit next to the beam, but a little lower, may be.
Click to expand...

ot1138 said:
Curious... Is there an extra plank installed beneath the deck clamp that runs to the bow?
Click to expand...

There is a plank, but it is the normal inner planking installed directly under the timber (deck-clamp) supporting the beams: nothing special about it (same width, same thickness as the inner planking below).

Dear friends, I am infinitely grateful for your kind support. You must know that although I can handle English quite well, I have to learn many special shipbuilding terms. That the „stringers“ are called carlings is now clear to me.

First, I freed the nascent ship from its enclosure. Then I started planking the stern. I couldn't resist to nail the rear planks with 0,6 mm copper wire.
Predrill 0,5 mm, point the wire a bit an press it in with a pair of pliers. That worked. At the moment I am planking the later closed side. 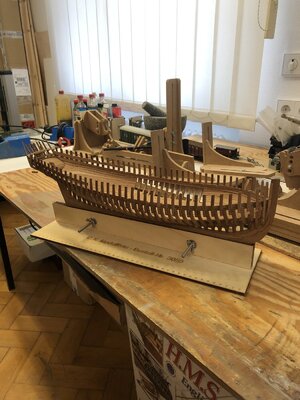 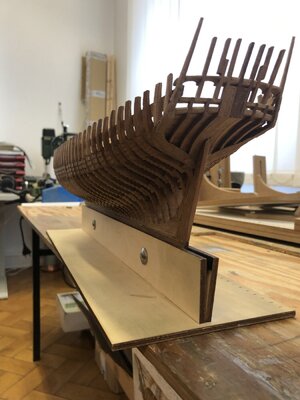 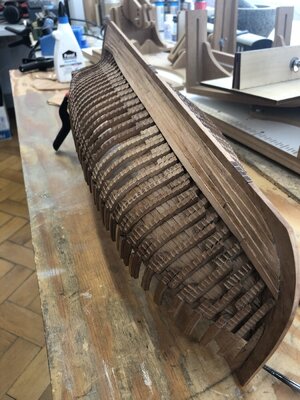 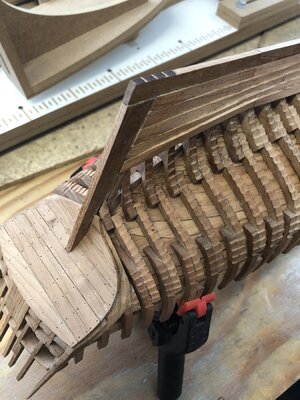 After I noticed that the planking in the bow area did not match the interlocking of the frames, I removed the bow planking completely again. Uwe's planking and Boudriot's drawings supported this finding. Now I'm working my way back up plank by plank, but I can't resist putting in a few nails. 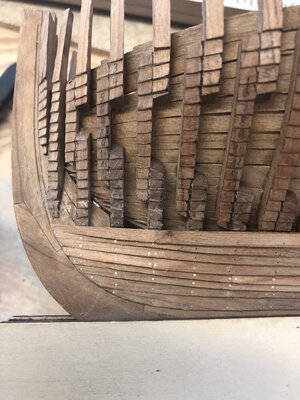 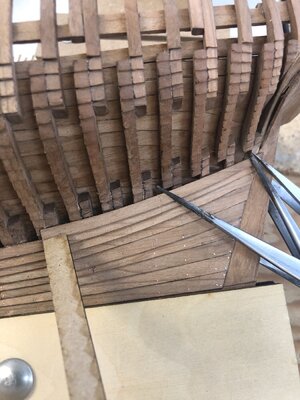 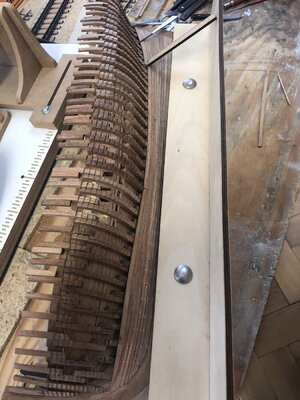 pianoforte said:
After the nice colleagues here persuaded me to start my own log, I decided to do so. After I was impressed by the accuracy of fit of the parts from the beginning, I started to remove the char layer.
Another possibility to grind the stuff gently and carefully was to use an elastic silicone polisher from Proxxon. That really worked.
Of course Iwork on tricky areas, like you do with the needle file.
Click to expand...

Hey, Adi! Today is yours! All das Beste zum Geburtstag!

Many more happy and healthy years in life to come!
G

Happy birthday Adi! Many more to come and many more ship models to build!

Uwe, Jim, Gennaro, Hartmut, vielen, vielen Dank für eure guten Wünsche. Thank you for your good wishes, there were no candles and 66 beers would probably have been too much, but 2-3 I have already treated myself.

What is your favorite (beer) one?

Same from me Adi, hope you had a great day. Hope to be back ship building soon

Jimsky said:
What is your favorite (beer) one?
Click to expand...

At first, many thanks kidsgalore and chello.

And now what completely different. (Monty Python). Jim asks me about my favorite beer. Since our city considers itself a beer culture city, I prefer one of our local breweries. The beers all taste very delicious. 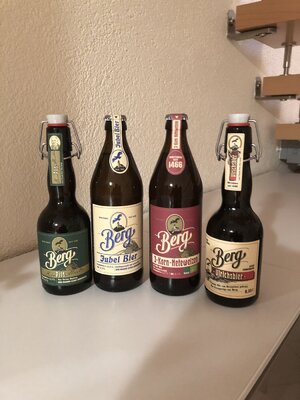 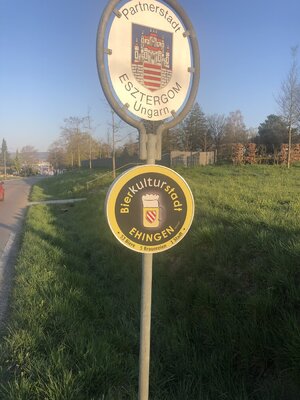 pianoforte said:
At first, many thanks kidsgalore and chello.

And now what completely different. (Monty Python). Jim asks me about my favorite beer. Since our city considers itself a beer culture city, I prefer one of our local breweries. The beers all taste very delicious.