cuttyjimr said:
Doing a Billings Cutty Sark that I purchased in London in 1972 while on our honeymoon.

I have discarded the factory rigging sheets as they were almost worthless. Got the plans from the museum and blew them up on an engineering copier at my former place of toil. My go to is "Masting and Rigging the Clipper Ship and Ocean Carrier" by Harold Underhill. I think I got it through Alibris.com, which is a consortium of used book sellers. Gets into more detail than I need, but well worth it.

By the time of construction of the Cutty Sark, wire rope/cable had all but replaced tarred hemp for standing riggind. I used black rope on all my standing rigging, as this is the color of wire. Coincidence that it is the same color as tarred hemp? Due to its increased strength, the standing rigging is smaller than older ships, which I think most people on this site build.

I have been building Warship from Victoria over the most well known Spanish Ship from the Trafalgar Battle and Norske Love- Billing Boats. then both Cutty Sark and Thermopylae too. I have more than 500 images of both standing and running rigging, types of blocks, etc.. below a few examples 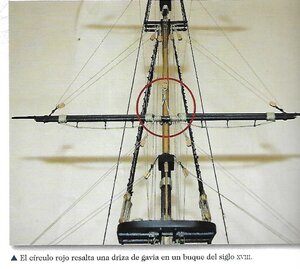 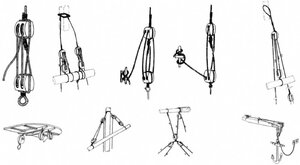 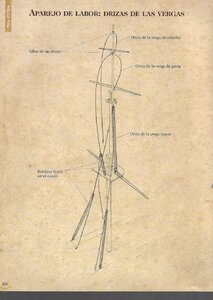 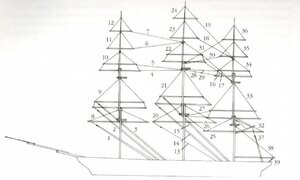 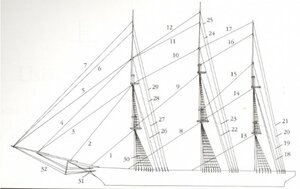 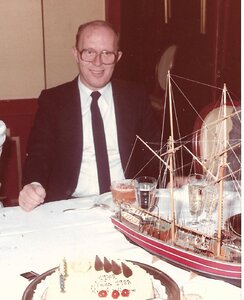 jimmystratos said:
Do the pendants go on first, before the shrouds?
Click to expand...

G'day Jimmy, I believe that you are right, they do go on first,