Good job. I hope to start the build of the Victory next year

Well, the 4 masts are made, I'll be able to equip them with various pulleys ...
On the mainmast, I added some spears for the boarding, just in case !!


Of course, the high masts (topmast and topgallant ) are removable. The low masts will remain alone to mount the shrouds more easily ....
For the specialists, the latest details added later, like the balusters in front of the topmasts.
So inevitably, on the overall photos with the boat, nothing is aligned correctly. 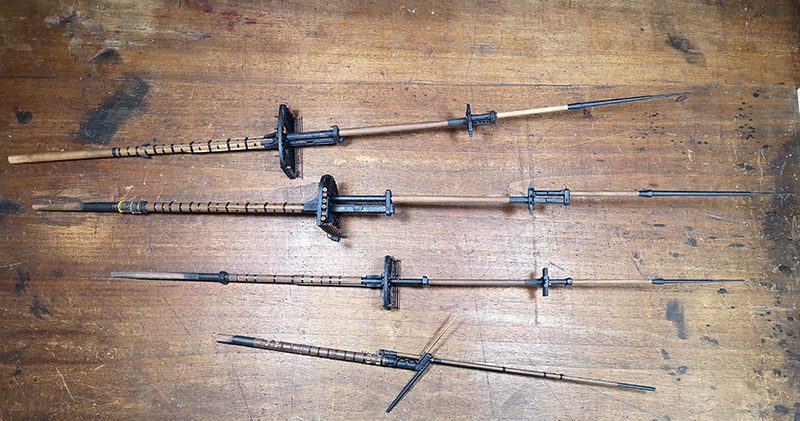 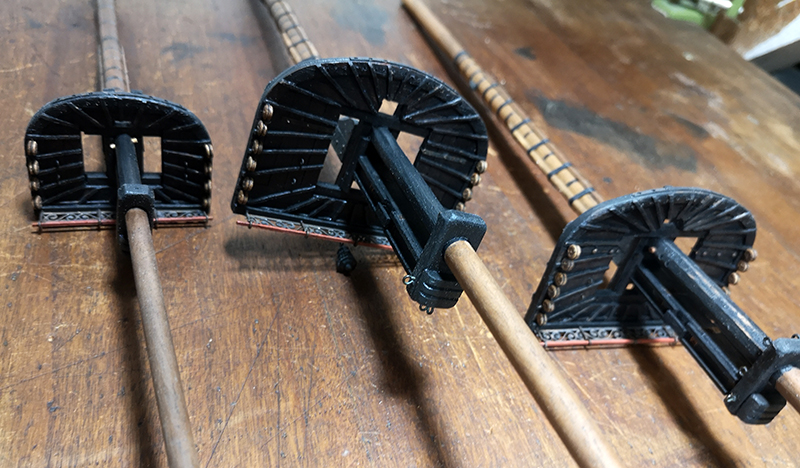 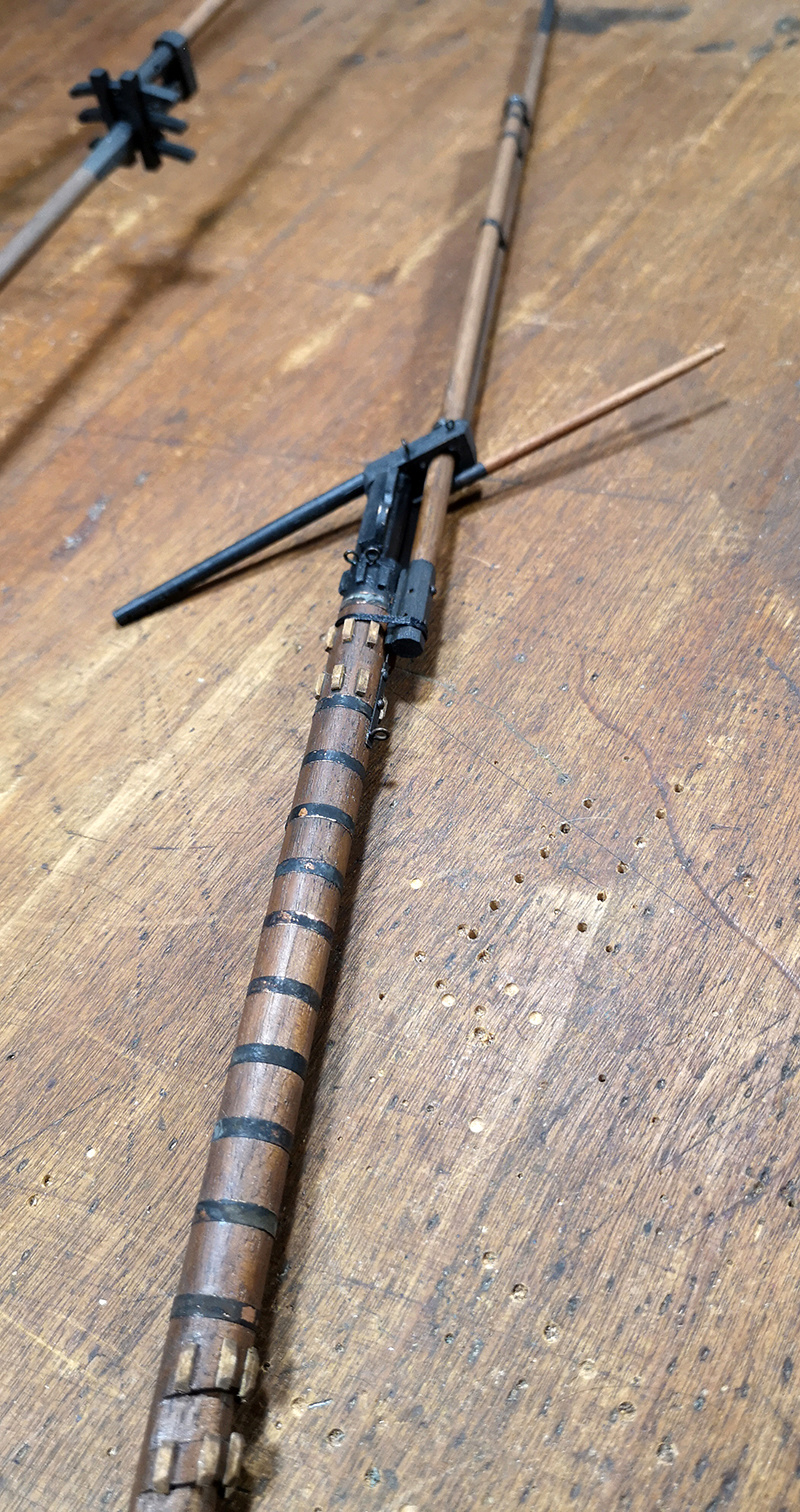 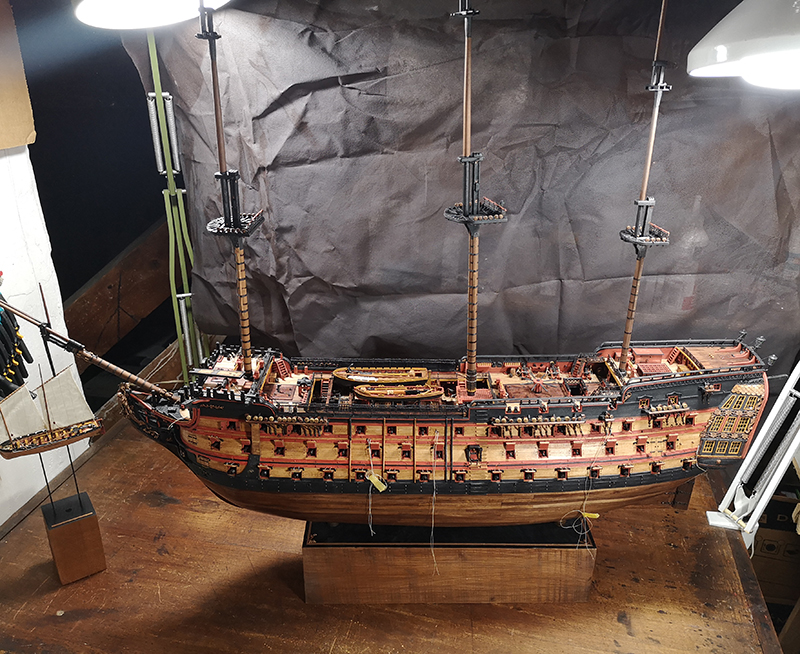 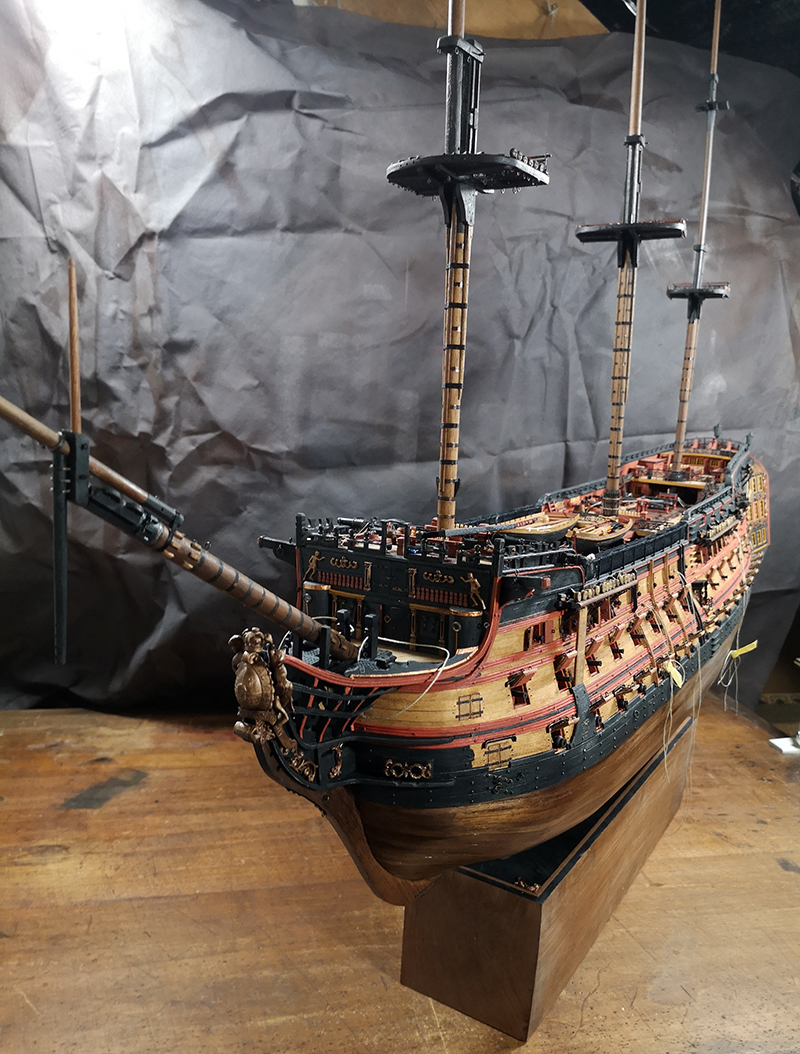 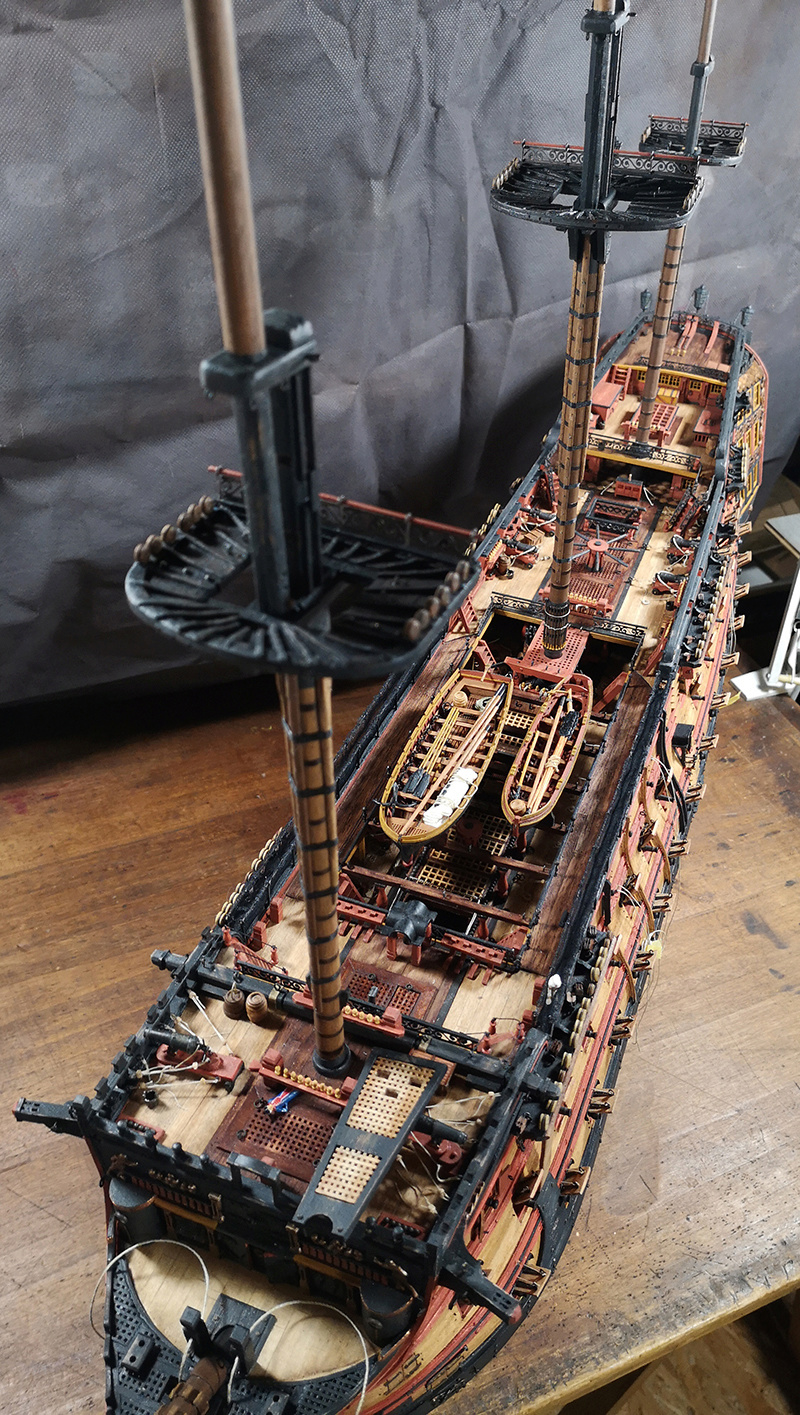 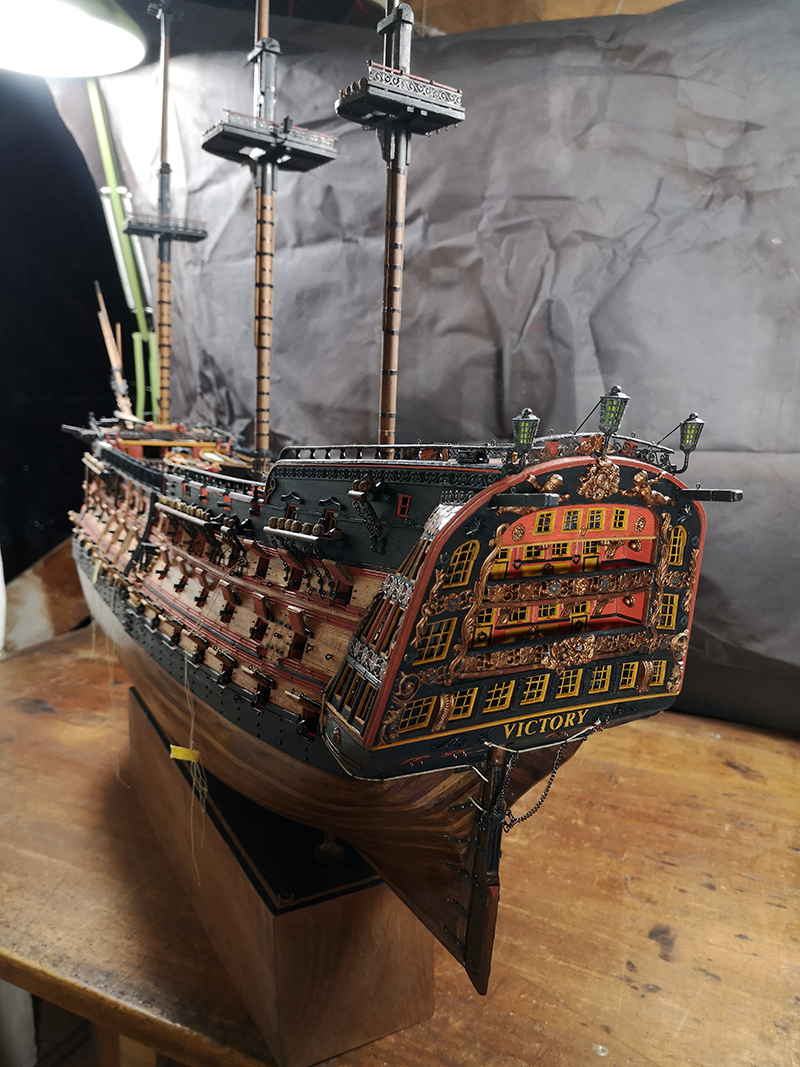 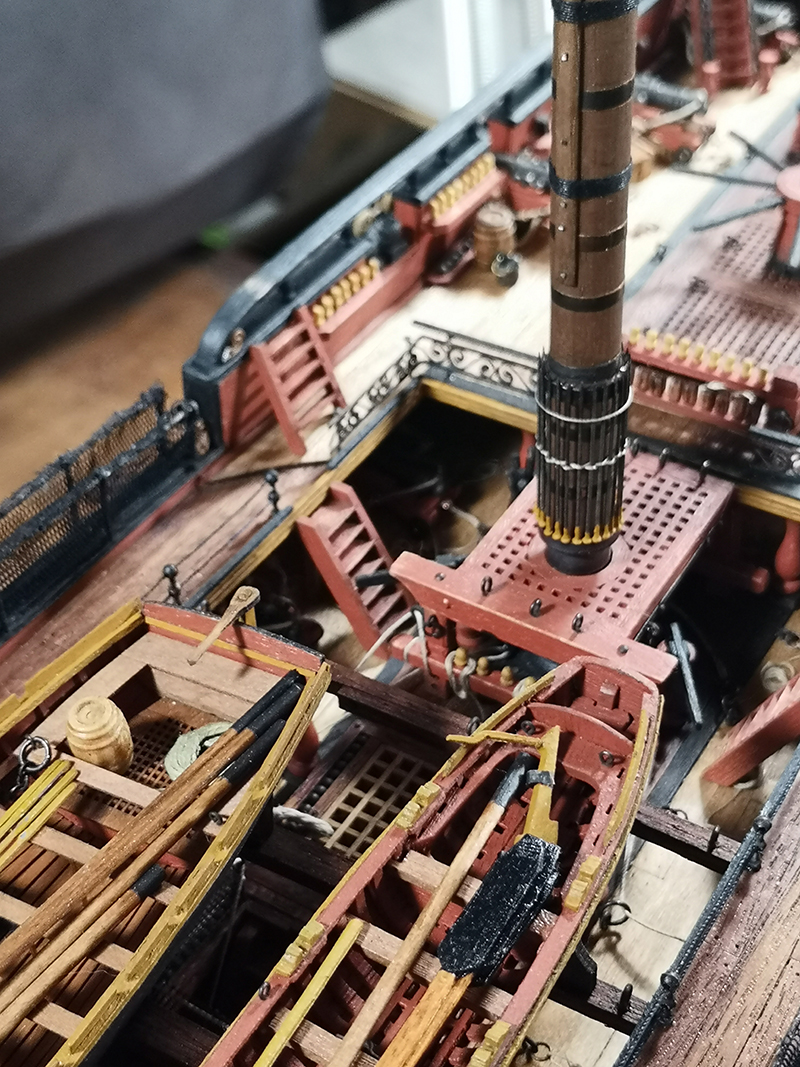 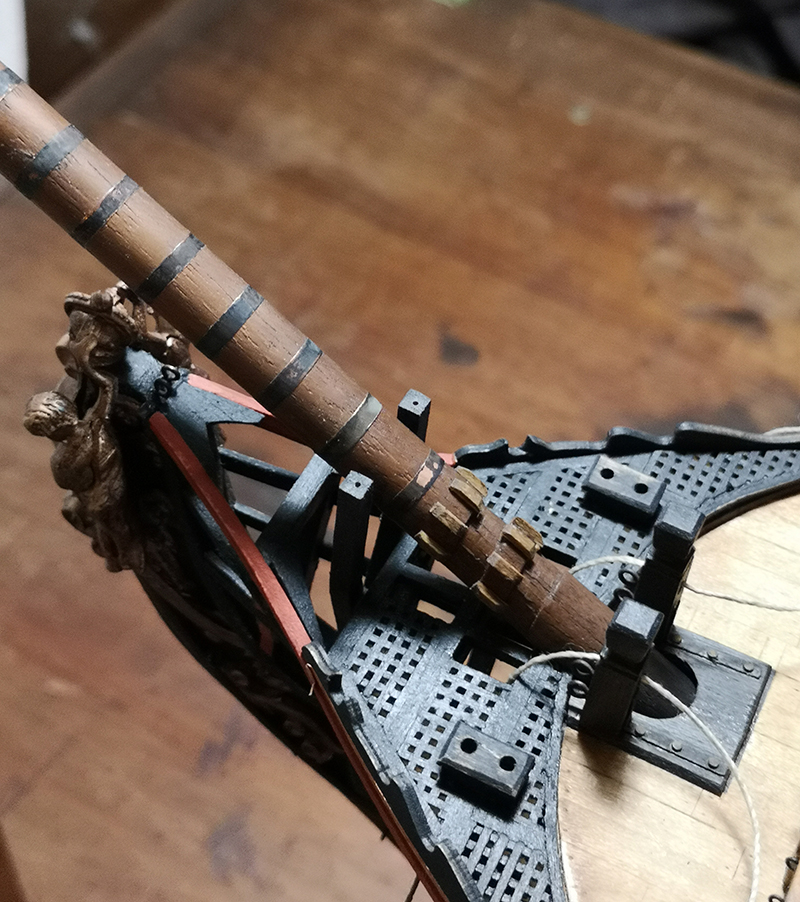 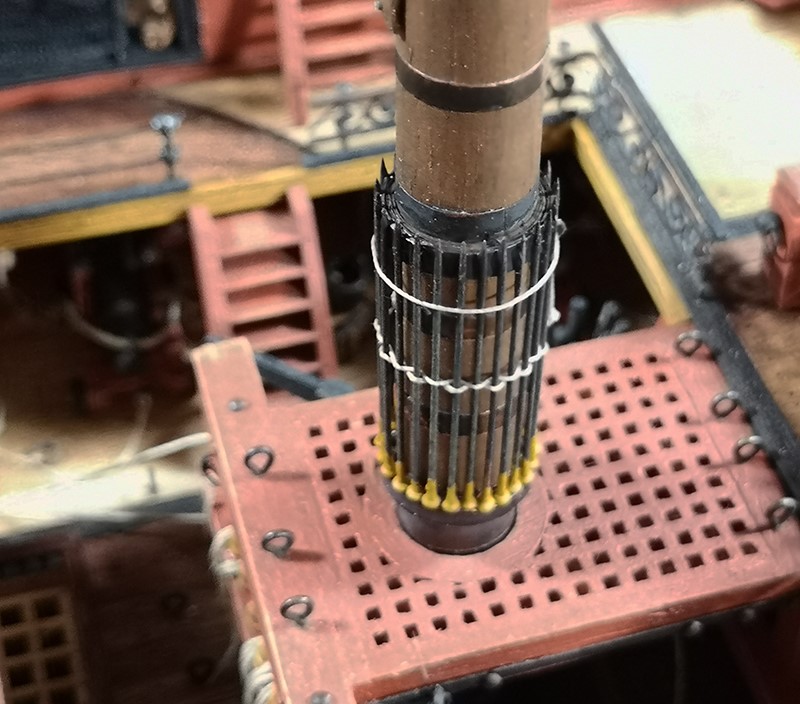 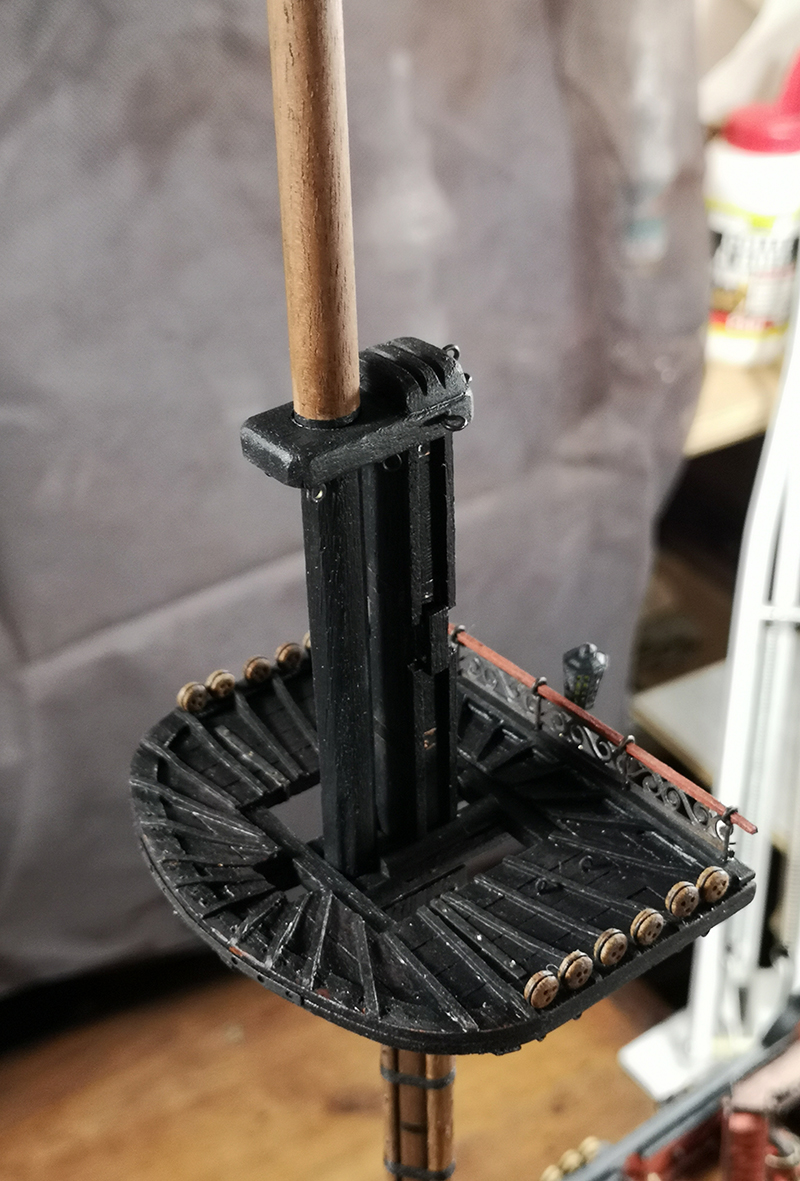 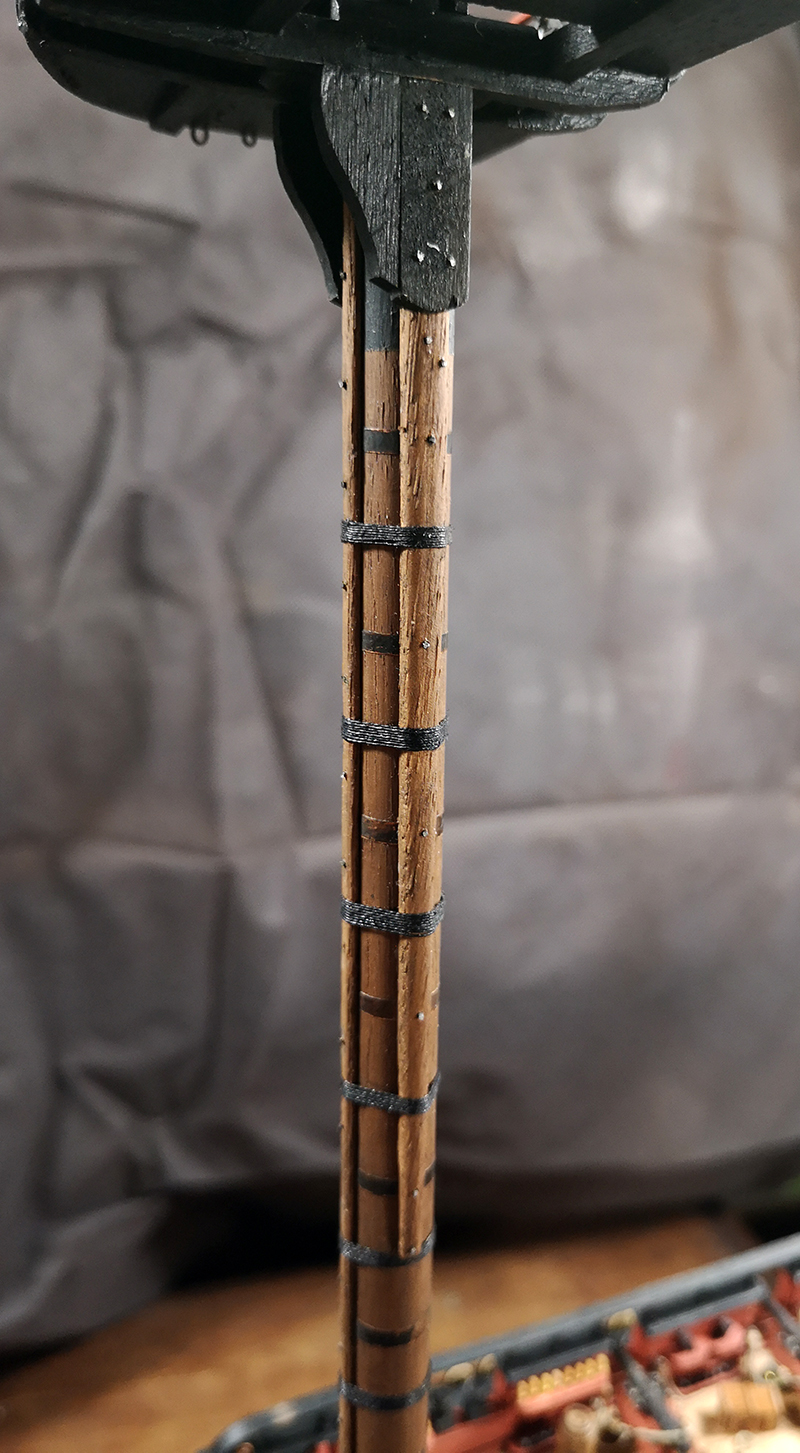 WOW Brother your killing, it this looks amazing. the masts are fantastic

This is such an amazing build. you have a unique talent.

Wonderfull detailing on the masts.

Thank you !
I really appreciate your comments and follow up on this thread.

Very good work and very good building log - many thanks

BTW:
Yesterday on the 4th October 1744 the Victory sunk in storm with the loss of 1.100 seamen

Take a look also at the Naval History thread:
https://www.shipsofscale.com/sosfor...ime-events-in-history.2104/page-40#post-41612

The following rigging ...
Forcibly, will have to go into the details with all these ropes. But if it helps, then I show!

For now, I focus on the foremast to be sure of the look that it gives.
And first, before the shrouds, you have to prepare a little.

The return of the machines, especially the 1st to achieve all that. 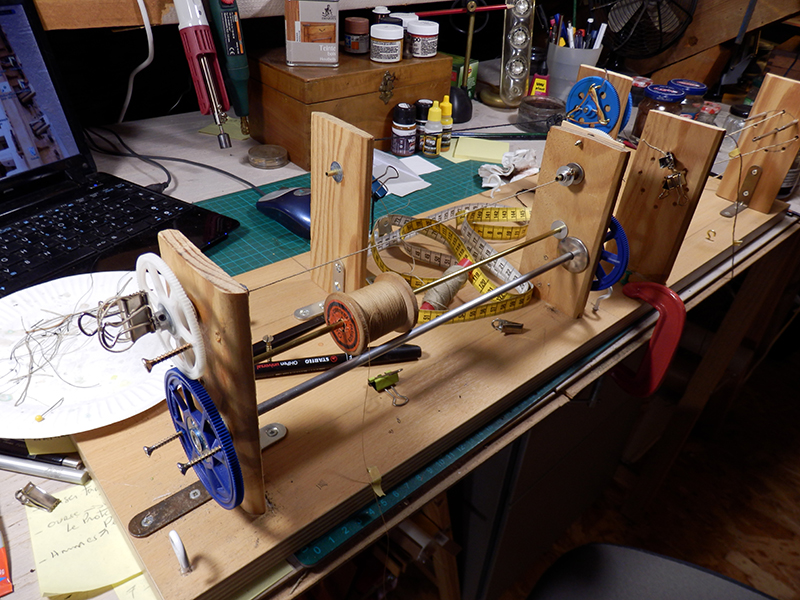 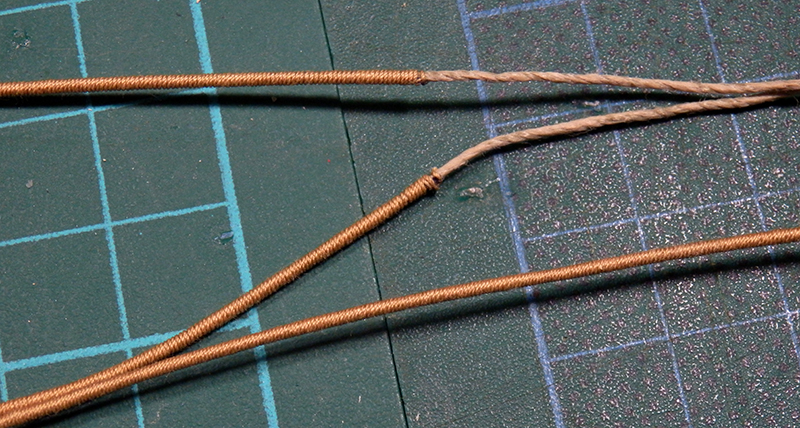 Unlike what I did on La Flore choosing the colors of the strings, this time, I decided to do more in the traditional. Take only natural colored threads, and apply either a shade to simulate the tar, or go to aging ... some tests:

Then, we move to the assembly of "some" pulleys and caliornes (those who hang under the hune): 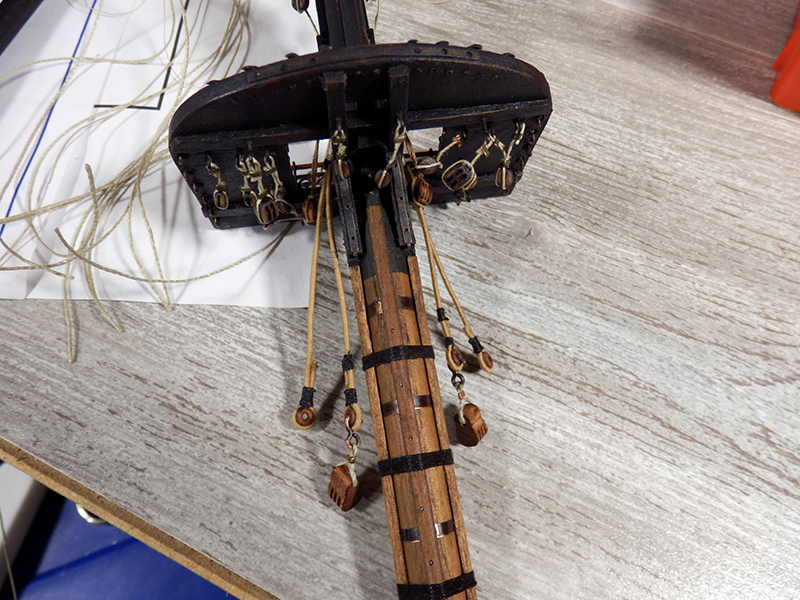 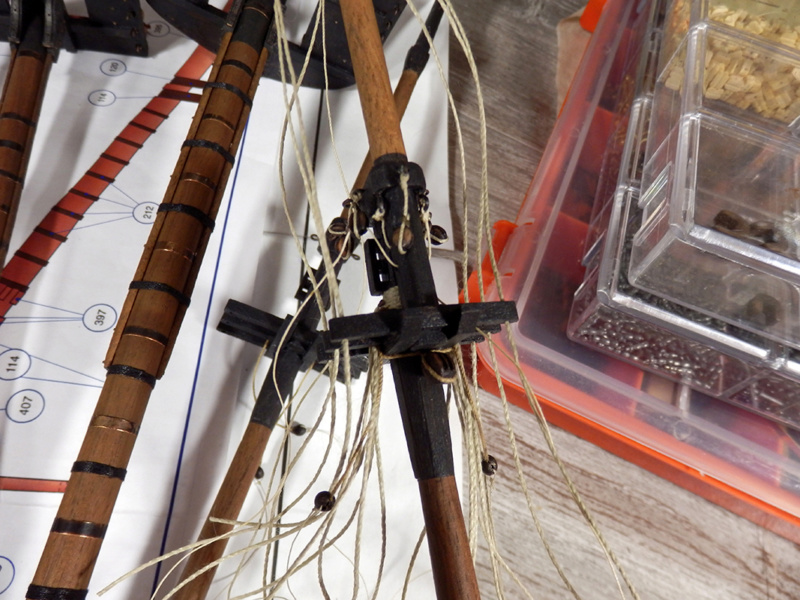 Finally, big job with the guys and their alignments. Then dye in India ink to have shades, unlike a basic black thread. 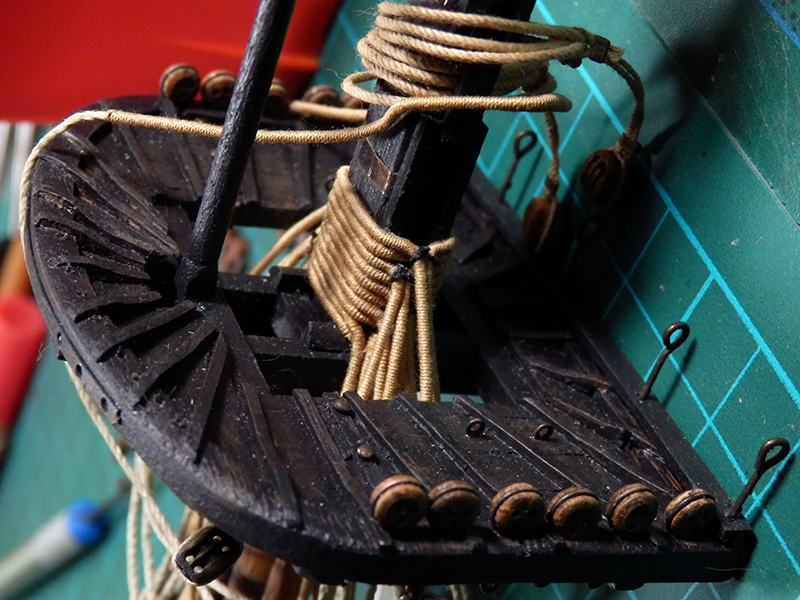 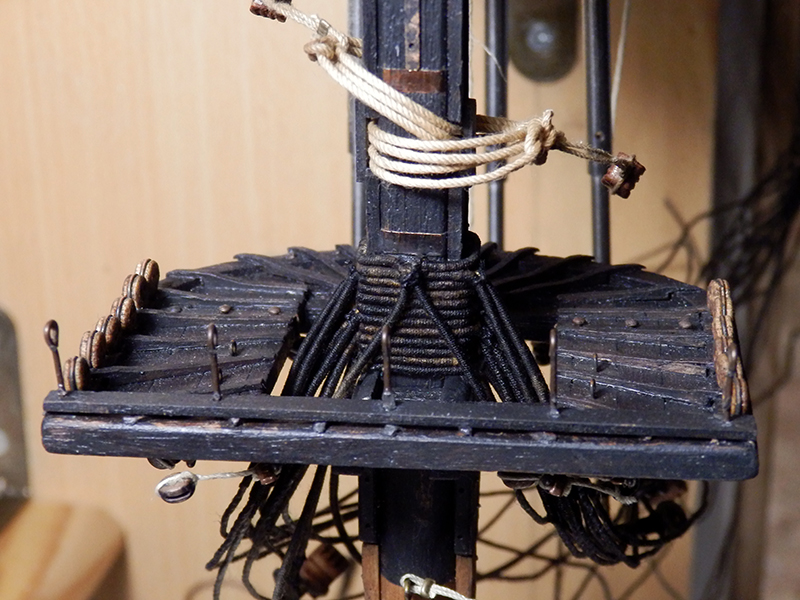 Finally, a little extra with the manufacture of bowsprit racks.
This time, instead of cutting everything in a stick, I chose to paste 5 pulleys in series on a small band of 2x0.5 invisible. They will be glued to each side of the bridge bracket. After all, I have pulleys that are well made, so use it! 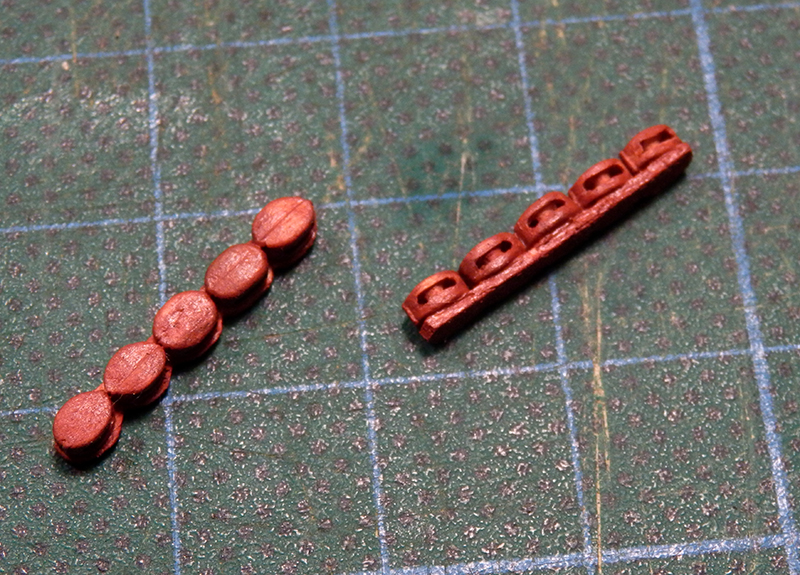 This is my favorite rendition of the Victory ever!

Really great work. The colouring of the ropes creates a real look and feel.

Following with advancing on the bowsprit: most ropes are tinted or aged, but I'll see in the end if I have to harmonize a bit or not.
On this vessel, only one strut of the main mast descends on the bow, the false, finer strut wraps around the foremast.

The bowsprit racks are in place.
The editing of all this is a little tricky, especially because of the gateway ... 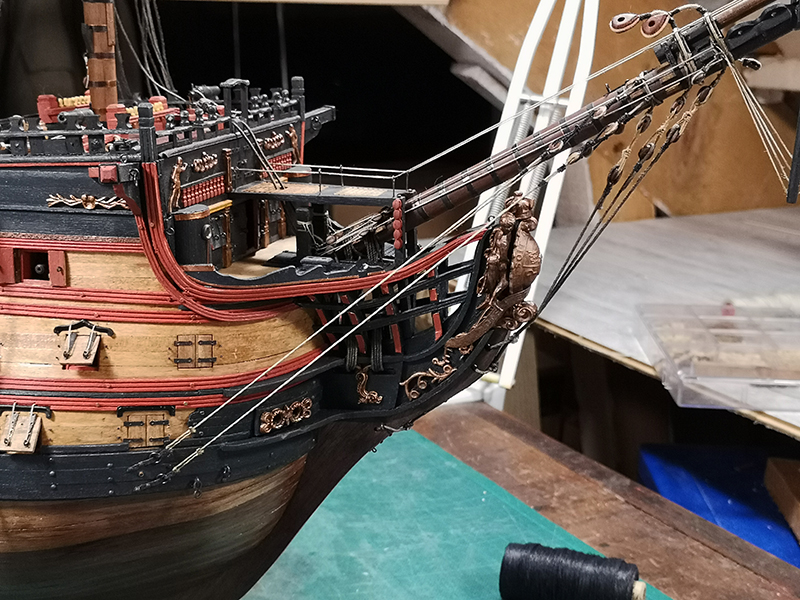 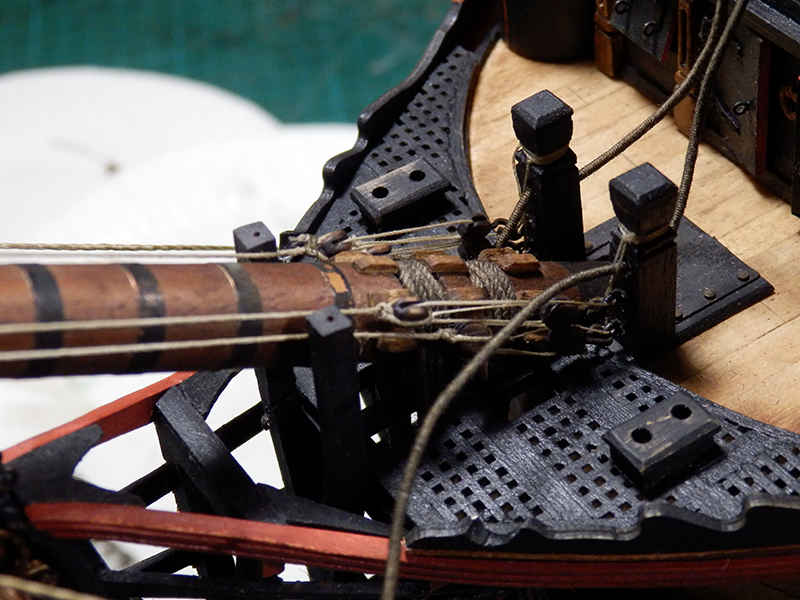 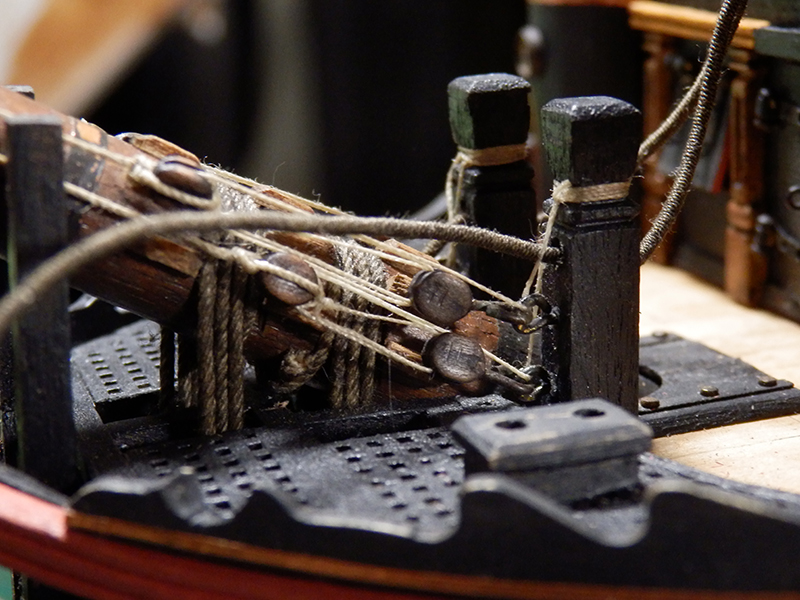 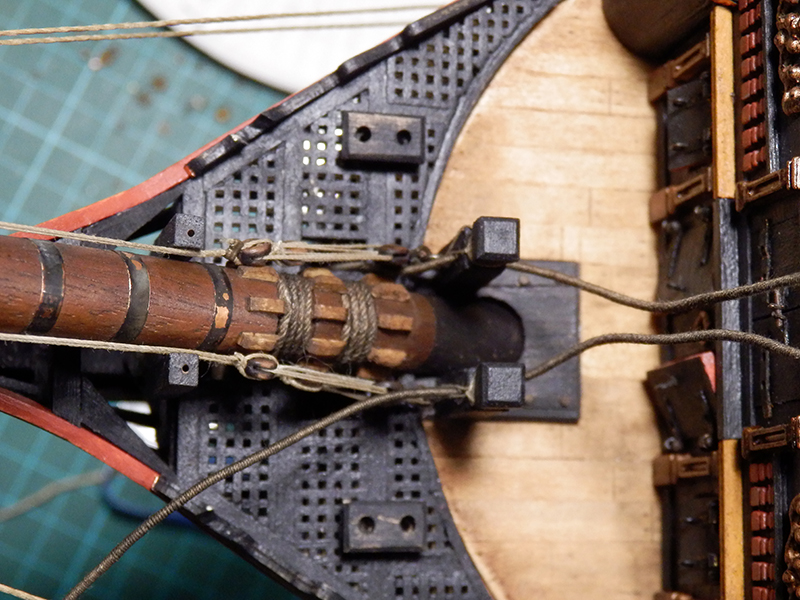 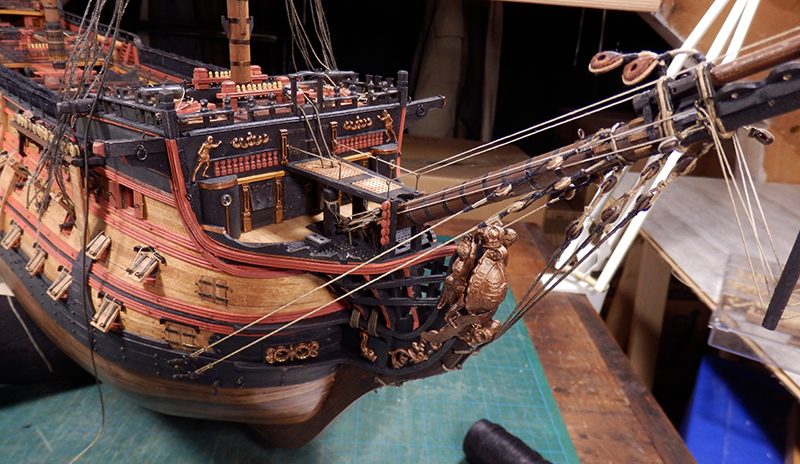 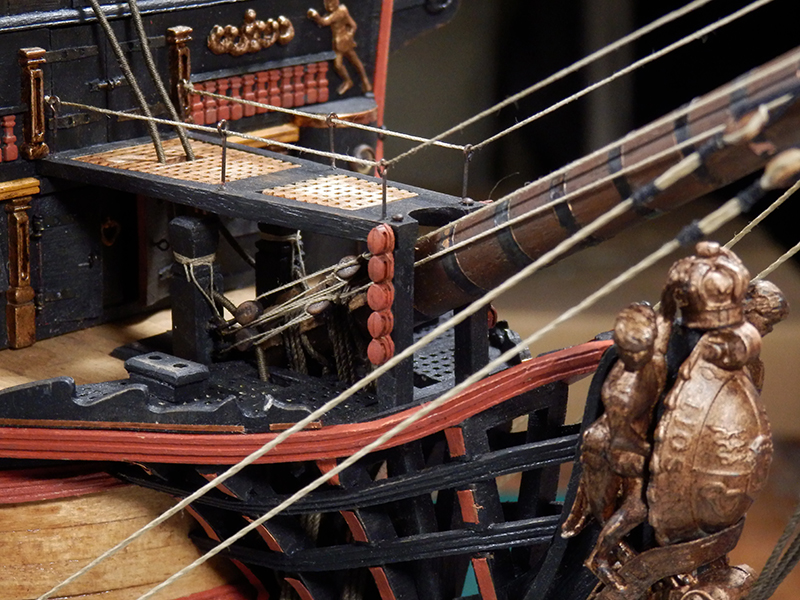 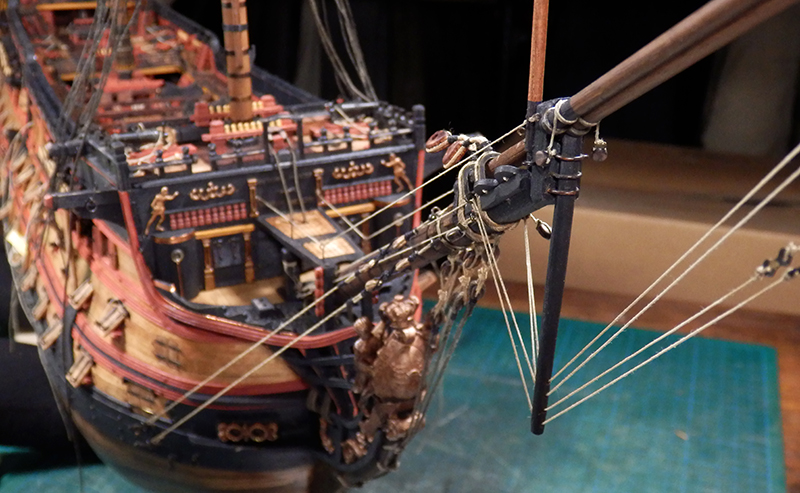 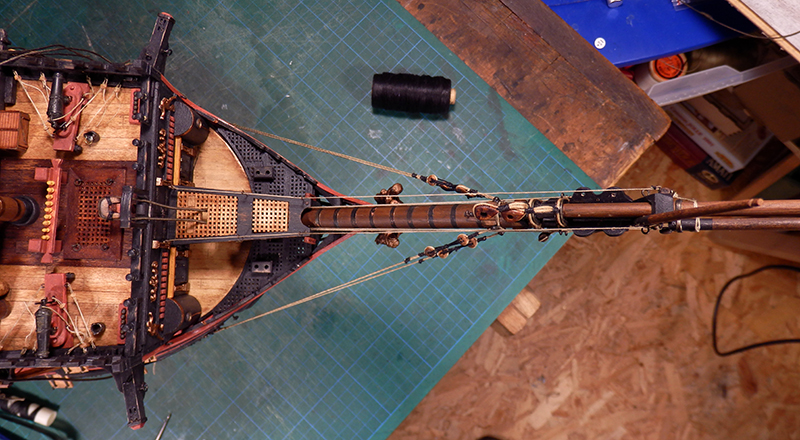 It is looking very realistic.....great work

Fantastic Build. gives me lots of inspiration for when I start my kit.

STUNNINGLY beautiful work. The HMS Victory has always been so intimidating for me --super complicated details to get right. Way above my modeling skills. Your details are beyond anything that I have seen for this ship. Fantastic art indeed. It has been a treat going through your log. Happy to now follow along as well.