i will admit that i got side tracked again and continued with the standing rigging on my endeavour ,this morning i got back to the blandford and finished the elm tree pumps , and started working on the upper deck 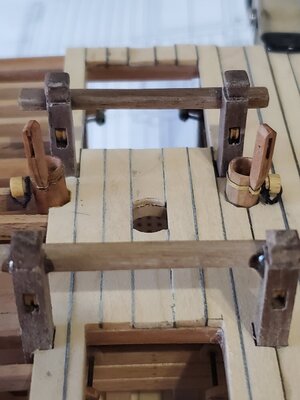 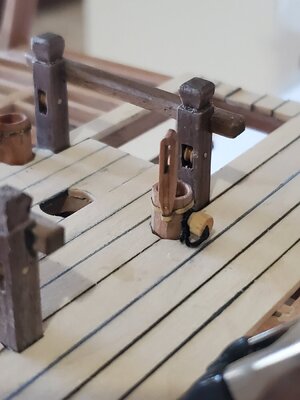 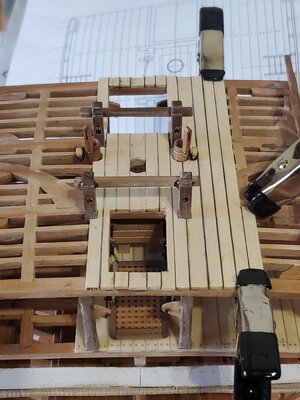 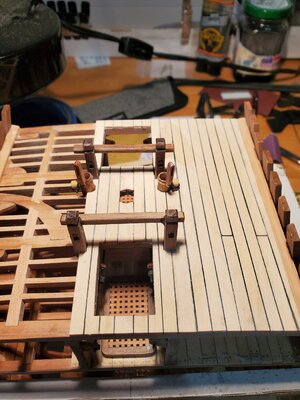 last update for tonight , grates are done and in place and its had a coat of laquer , deck nails tomorrow 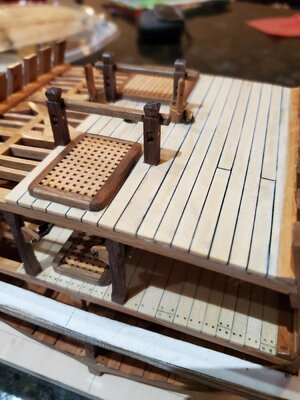 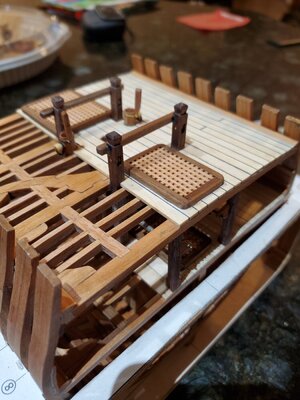 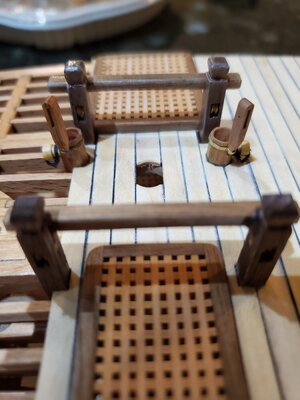 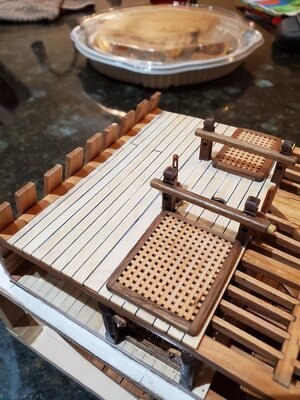 Grating with a plate of Apple or Pumpkin pie in background from Thursdays feast!

When you do next the tree-nailing of the next deck, maybe you could change slightly the nail pattern - I made some red dotts to show what I mean 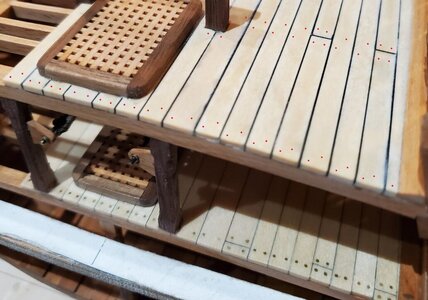 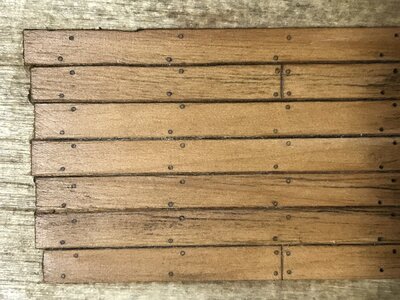 Hi gang, rather than search through multiple build logs, I was hoping you can steer me in the right direction for tree nailing please . I have done treenails with bamboo drawn through the Byrnes plate and the other method of pushing an awl into the planks and filling the hole with putty. Any...
shipsofscale.com

1st try at tree nailing , see how it comes out in the morning 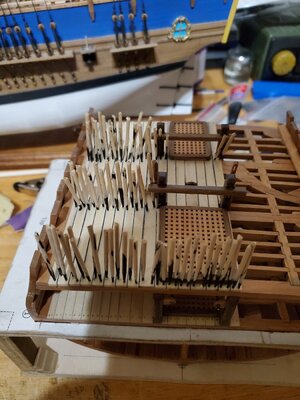 not bad for a first try 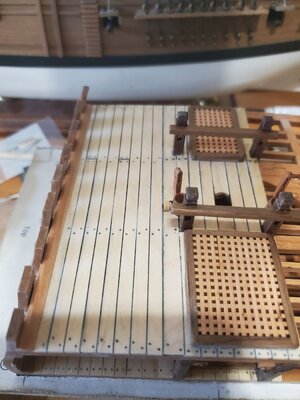 so i have been working on the cannon openings , this gave me a lot of headaches and i've had to redo it several times , i took measurements of the drawings and cut the openings even though they appeared wrong as they didn't line up with the frames , my thoughts were that the frames were probably in the wrong place due to my bad measuring when initially building it. so i went with it and framed the ports and planked the inside .
i re measured again and the ports were off , later drawing show placement of things on the outside that i wouldn't have been able to put on properly , so i re checked and found that there are 2 long cross sectional drawings and they are different and with my luck i picked the one that is wrong,
the second one which is right is in the part 5 folder the one that is wrong (which is the one i used is in the part 3 folder , i will upload pictures once i have it fixed , i don't think you will notice anything unless i point it out , i will let you be the judge

so heres the first side after about the fourth attempt to get it in the right place etc, i think i can live with it and as i have read in other threads its a learning experience and doesn't have to be perfect , just preparation for the next time . i'm not going to show the other side because its still in quite a sad state , but now i know how to fix it so it should be ok too 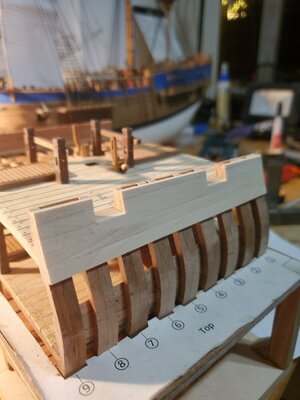 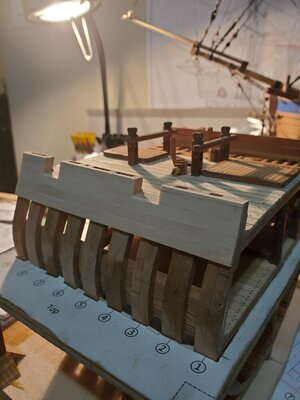 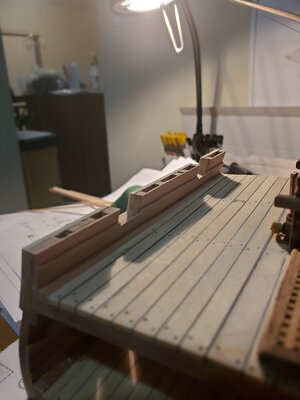 got both sides done , both came out ok , here you are , the eagle eyed among you may notice that the 2 scarf joints are alternate ways up( meaning one is up and one is down ) but hardly noticeable unless you compare both sides. doh 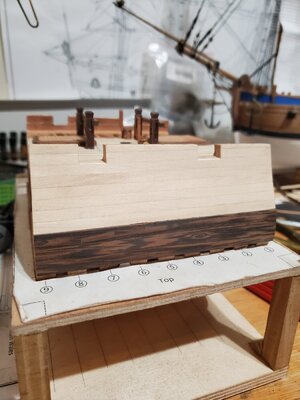 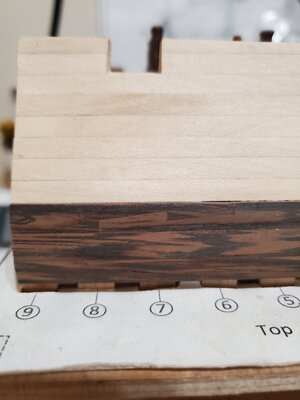 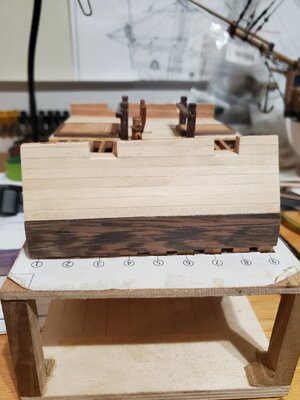 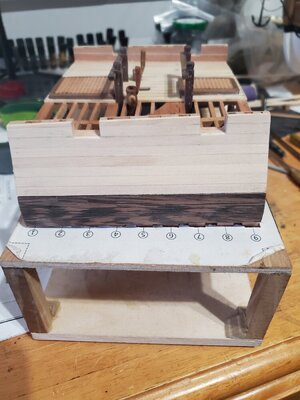 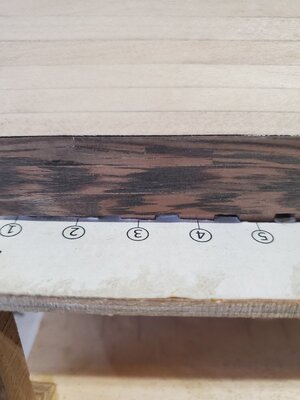 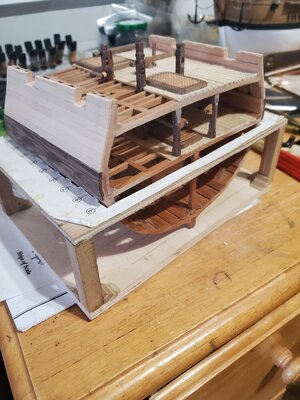 For a scratch build it is looking extremely good! Next thing you know you will be as good as others when you have the practice and patience of fine work! 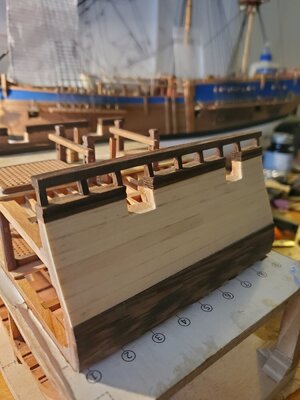